An important part of Anne-Sophie Mutter's "Mozart Project" is to present the composer's mature violin sonatas. Between 2005 and 2007, Anne-Sophie Mutter and pianist Lambert Orkis toured throughout Europe, North America and Asia with the Mozart sonatas. In major musical centers such as Paris, London, Vienna and New York, they offered the entire cycle over three consecutive evenings. This program, featuring Mozart's B-flat Major Sonata K. 454, was recorded in Munich in February 2006.

Mozart composed sonatas for violin and piano from his earliest youth until his final years. But while the early pieces are little more than piano sonatas with violin accompaniments, the more mature works of 1778 begin to integrate the violin and piano parts more closely, and to highlight the growing independence and virtuosity of the violin. The last sonatas were written between 1784 and 1788 and include Anne-Sophie Mutter's favorite, the B-flat Major Sonata K. 454, "a monumental achievement," as she puts it. "In the famous Andante, the violin and piano are so elaborately intertwined that you simply don't notice when the words are taken out of your mouth and put back again. ... This work has a depth that's unequalled." (Anne-Sophie Mutter).

Anne-Sophie Mutter and Lambert Orkis are regular chamber music partners for over 25 years. "Their artistic partnership [is] among the strongest in classical music," says Deutsche Grammophon, who has release the duo's Silver Album in May 2004.

The best of chamber music and recitals The Best of Mozart The Viennese Classical Trinity The best of violin Spotlight on: Anne-Sophie Mutter The biggest names in music are on medici.tv! 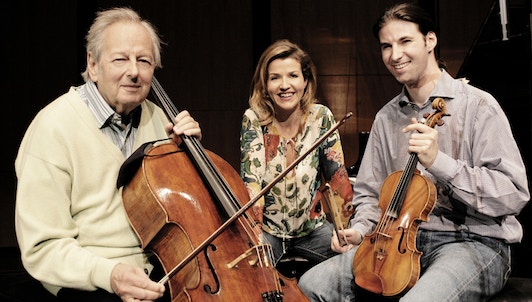 At the Teatro Bibiena in Mantua 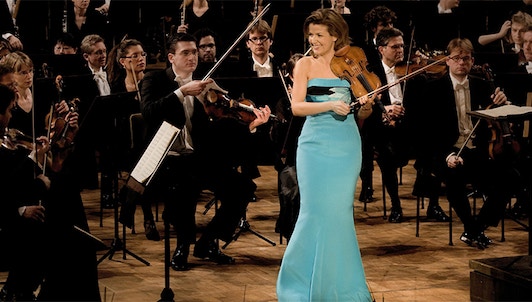