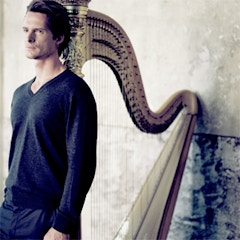 Xavier de Maistre was born in Toulon and studied the harp with Vassilia Briano at the Toulon Conservatory, before perfecting his technique with Catherine Michel and Jacqueline Borot in Paris. At the same time he completed courses at the Institut d’Etudes Politique de Paris (Sciences-Po) and the London School of Economics. In 1998 he was awarded the first prize and two interpretation prizes at the Bloomington International Harp Competition, the world’s most prestigious harp competition, and later that same year went on to become the first French musician to join the ranks of the prestigious Vienna Philharmonic Orchestra.

As a soloist, Xavier de Maistre has appeared with numerous orchestras under the baton of such eminent conductors as Riccardo Muti, Daniele Gatti, Sir Simon Rattle, Sir André Prévin, Heinrich Schiff, Antoni Ros Marbà, Bertrand de Billy, Walter Weller, Gilbert Varga, Josep Pons and Philippe Jordan. In May 2002 he became the first harpist to appear as a soloist at one of the Vienna Philharmonic’s subscription concerts.

He has also been invited to perform at many of Europe’s leading festivals, including the Schleswig-Holstein, Salzburg, Rheingau, Vienna and Verbier Festivals, the Budapest Spring Festival and the Würzburg Mozart Festival. Among the artists he has performed with are Kathleen Battle, Ingolf Turban, Anne Gastinel, Diana Damrau and Barbara Bonney and actors such as Peter Simonischek and Andrea Jonasson.

He lately went on tour with the Vienna Philharmonic Orchestra under the baton of Daniele Gatti during which he appeared as a soloist at the Amsterdam Concertgebouw, the Cologne Philharmonie and the Vienna Konzerthaus; gave concerts with the Orchestre National de France under Riccardo Muti at the Théâtre des Champs-Élysées; a series of recitals with Diana Damrau at the Festspielhaus in Baden-Baden, Paris Opera, La Scala, and the Musikhalle in Hamburg and recitals with Bo Skovhus at the Semper Oper in Dresden, the Tonhalle in Düsseldorf and the Musikverein.

Since 2001 Xavier de Maistre has taught at the Hamburg Academy of Music. He also gives regular masterclasses at New York’s Juilliard School of Music, Tokyo’s Toho University and London’s Trinity College of Music. In 2008 Xavier de Maistre signed an exclusive contract with RCA/ Sony Music Masterworks. His début album, Nuit d’Étoiles, was devoted to works by Claude Debussy and proved a tremendous critical success throughout Europe and beyond. Since then, he has released Hommage à Haydn (2009, with Bertrand de Billy), Aranjuez (2010), and Notte veneziana (2012). 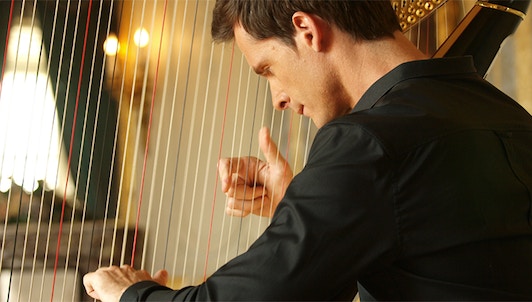