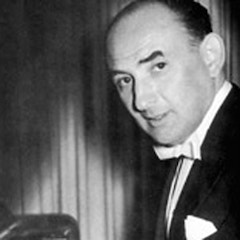 Nikita Magaloff was one of the more interesting and charismatic keyboard figures of the twentieth century. Many of his recordings are still available and in modern sound; yet here was a man who was a friend of Rachmaninov, Prokofiev, from whom he took composition lessons, and Ravel, who was an enthusiastic admirer. Magaloff concertized with the most important conductors and orchestras of the day and at the most prestigious festivals. He also collaborated with the leading string players, like violinist Joseph Szigeti. Though Magaloff was born in Russia, he was cosmopolitan in outlook, with a broad repertory that favored Chopin: he played many all-Chopin concerts and had the distinction of being the first pianist to record all of Chopin's piano music. But his repertory also included Beethoven, Mendelssohn, Mozart, Brahms, Schumann, Liszt, Debussy, Ravel, Fauré, Prokofiev, Rachmaninov, Stravinsky, Scriabin, and numerous others. Many of Magaloff's recordings are available on Philips and Decca.

Magaloff was born in St. Petersburg, Russia, on February 8 (January 26, Julian, or old style), 1912. His family fled the Revolution when he was six, traveling first to Finland, then to the United States, and finally settling in Paris in 1922. Magaloff's first advanced studies were at the Paris Conservatory, where his chief teacher was Isidor Philipp.

It was in the 1920s in Paris that Magaloff met Prokofiev, Ravel, and Rachmaninov, composers whose music and influence figured prominently in his career. He also befriended Szigeti there, a man he credited with introducing him to a broad range of chamber music and whose daughter he would later marry.

While from the 1920s through the 1950s Magaloff was active in the concert hall and recording studio, his career seemed to take wing after 1960. This lift might have been due to the cessation of his teaching activities: from 1949 to 1959 he regularly held master classes at the Geneva Conservatory. But then perhaps part of Magaloff's late success owed something to the change in his style: he took more chances, displayed greater passion, and played, arguably, with more spirit.

Most of Magaloff's available recordings were made after 1960. He remained busy throughout the last three decades of his career, hardly slowing down even near the end: in the 1990-1991 season, he gave a six-concert series that covered nearly the complete Chopin output. He died in Vevey, Switzerland, of cancer on December 26, 1992. 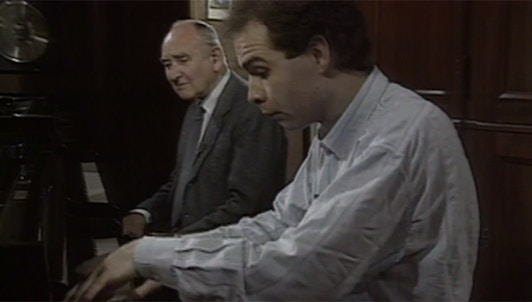