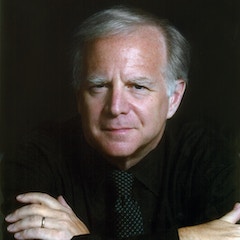 Internationally acclaimed American conductor Leonard Slatkin began his appointment as Music Director of the Detroit Symphony Orchestra in September of 2008. He was recently named Music Director of the Orchestre National de Lyon (ONL), France, beginning with the 2011-12 season. In addition, Mr. Slatkin continues to serve as Principal Guest Conductor of the Pittsburgh Symphony Orchestra, a post that began in the fall of 2008.

His engagements for the 2011-2012 include Orchestre de la Suisse Romande, Seoul Philharmonic, NHK Symphony, a tour of Germany with the Deutsches Symphonie-Orchester Berlin, the New World and National Symphony (Washington, DC) Orchestras.

Since his debut with the New York Philharmonic in 1974, Mr. Slatkin has led virtually all of the major orchestras in the United States, including those of Chicago, Boston, San Francisco, Cleveland and Philadelphia. He is a regular guest at major summer festivals such as Aspen, Tanglewood, Ravinia, Saratoga, and New York’s Mostly Mozart Festival. In Great Britain he served as Principal Guest Conductor of London’s Philharmonic Orchestra, the Royal Philharmonic and was Chief Conductor of the BBC Symphony Orchestra. Mr. Slatkin has conducted most of the world’s major orchestras including the Berlin Philharmonic, Concertgebouw Orchestra, Vienna Philharmonic, Czech Philharmonic, Bayerische Symphony Orchestra and all the prominent ensembles in Paris and London. He has also appeared on podiums throughout the Far East.

Opera performances have taken him to many of the leading stages in the U.S. and abroad, including the Metropolitan Opera, Lyric Opera of Chicago, Opera Bastille, Vienna Staatsoper, Stuttgart and Washington National Opera. He has also led summer productions in Orange, Opera Theatre of Saint Louis and Santa Fe.

Throughout his career, Mr. Slatkin has demonstrated a continuing commitment to arts education and to reaching diverse audiences. He is the founder and director of the National Conducting Institute, an advanced career development program for rising conductors. Additionally, Mr. Slatkin founded the Saint Louis Symphony Youth Orchestra and has also worked with student orchestras across the United States, including those at the Curtis Institute of Music, The Juilliard School, Manhattan School of Music and the Eastman School of Music. He works frequently with youth orchestras across America and abroad, including the D.C. Youth Orchestra, Midwest Youth Symphony Orchestra, American-Soviet Youth Orchestra, European Community Youth Orchestra, Civic Orchestra of Chicago and American Youth Philharmonic. He also reaches out to younger musicians and music teachers through the NSO American Residencies program and regularly addresses and mentors public and private school students of all ages.

Mr. Slatkin has received many honors and awards, including the 2003 National Medal of Arts (the highest award given to artists by the United States Government), the Chevalier of the Legion of Honor, the American Symphony Orchestra League’s Gold Baton for service to American music, ASCAP awards with both the National and Saint Louis Symphonies, an honorary doctorate from his alma mater The Juilliard School, the Lifetime Achievement Award at the DC Mayor’s Arts Awards, and the prestigious Declaration of Honor in Silver from the Austrian ambassador to the United States for outstanding contributions to cultural relations. Mr. Slatkin is the Arthur R. Metz Foundation Conductor at Indiana University’s Jacobs School of Music, and beginning with the 2007-2008 season, the Distinguished Artist in Residence at the American University.

Born in Los Angeles to a distinguished musical family, his parents were the conductor-violinist Felix Slatkin and cellist Eleanor Aller, founding members of the famed Hollywood String Quartet. Mr. Slatkin began his musical studies on the violin and studied conducting with his father, followed by Walter Susskind at Aspen and Jean Morel at The Juilliard School. He is the proud parent of a teenage son, Daniel. 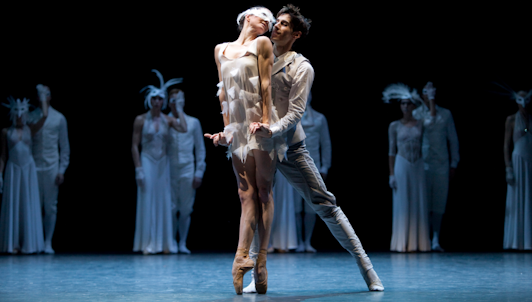