Philippe Jaroussky is one of the brightest stars of the operatic firmament. His distinctive voice is that of a countertenor, a grown man with the gift of singing like a choir boy. He performs roles originally written for a castrato which today, are often performed by a female mezzo-soprano. Jaroussky's has reprised the once long forgotten arias for castrati composed by Antonio Vivaldi. His truly virtuoso performances left music lovers spellbound in Versailles, at the classical festival Venice, Vivaldi, Versailles.

The recent revival of the works of Vivaldi, is in part thanks to the popularity of Philippe Jaroussky, whose admiration of the so-called 'Red Priest' is unreserved.

Philippe Jaroussky told euronews: "I really love exuberant, curious personalities like his. Although Vivaldi was a priest I think his temperament was similar to that of certain castratis. I feel he was somebody quite fiery! You can also feel that he was determined to be liked, and he was a fighter.

"One also has to look at the time he lived in, when composers would be writing new operas non-stop: for the next Carnival, or for a new theatre production. This probably explains the explosion of operas which characterise the Baroque era; some of these works may have been a little repetitive. And that's where a few real genius' stood out, which is the case for Vivaldi."

Vivaldi, one of the most prolific composers of all time, created most of his compositions in Venice.

But what does Jaroussky feel about Venice?

"For an interpreter of Vivaldi, going to Venice is a must, even more than once if possible. It nourishes me when, for example, I have to sing an aria that is close to my heart, like 'Vedrò con mio diletto', with all those pizzicatos. One can easily imagine being on the Grand Canal and there's an element of haziness, of softness. It's something difficult to put your finger on. One wonders, what shall I put into my voice to reproduce it? But it's doubtless that in my mind I will resort to the Venice experience, to nourish my interpretation.

"There's a tendency to see only the virtuoso side of his work. But I also love the tender side of Vivaldi, a musician who can be simple and pure, thus distinguishing himself from the Neapolitan School for example. He can also be so purely poetic, so totally unostentatious, vocally speaking.

"It is clear that Vivaldi has been too hastily dismissed as just a violinist composer; in fact he was someone who had a clear insight into the voice and the dramatic side of art.

"I also like the 'easiness' of some of his pieces, this is something that moves me; he obviously wrote a lot, hundreds of concertos; he also bragged that he could compose a concerto faster than it would take a copier to rewrite it, which proves that he enjoyed that immediacy. He also enjoyed the fact that his musical instinct and his inspiration passed directly onto the paper; there may be a few lengthy passages in his pieces but all of a sudden his genius strikes again, like lightning, and you know that that is an act of freedom."

In this story you can hear segments of "Vedrò con mio diletto" (from Giustino), and "Fra le procelle" (from Tito Manlio) by Antonio Vivaldi, all included on the CD Vivaldi Heroes, Philippe Jaroussky/Jean-Christophe Spinosi & Ensemble Matheus (Virgin Classics). 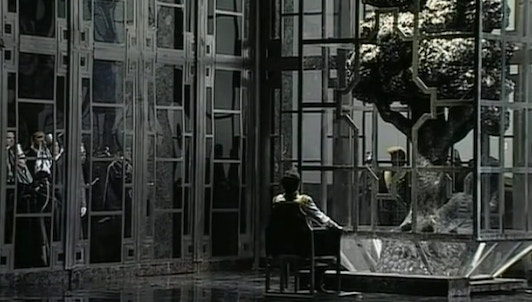