Elisabeth Schwarzkopf sings Richard Strauss in her favourite role of The Marschallin: an enchantment.

Richard Strauss provides the red thread in this film through some of the performers. To start with the German soprano, Elisabeth Scharzkopf, whose career has been closely linked with the composer of The Cavalier of the Rose, since her premiere as Zerbinette in Ariane in Naxos which marks her real beginnings in 1944 in Vienna, until the Four Last Songs. In 1947, she signed an exclusive contract with EMI thanks to her agent who later became her husband, Walter Legge, the producer whose name is closely associated with the golden age of the record.

Schwarzkopf's favourite role, is that of The Marschallin in The Cavalier of the Rose. With this role, she does her first performances in Milan in 1952 with Karajan, then leaves to conquer America. This is the role she will keep when at the age of forty-five she decides to limit her parts to five characters on stage. Three of them are Mozart characters: Elvira (Don Giovanni), the Countess (The Marriage of Figaro),Fiordiligi (Cosi fan tutte) and two from Strauss: the Countess Madeleine (Capriccio) and the Marschallin (The Cavalier of the Rose). It is precisely this one she decides to sing in 1961 for British television under the direction of Charles Mackerras with the London Philharmonia Orchestra. It is pointless even trying to describe how she masters and magnifies the role. She is the Marschallin.

Richard Strauss again and The Cavalier of the Rose, but this time in an orchestral version, the Rosenkavalier Orchestral Suite published in 1945, the arranger of which remains unknown. It is this piece that was played by the Orchestra of the ORTF in 1969 under the direction of the Austrian conductor Eric Leinsdorf, a great connoisseur of the German repertoire and who had also conducted in 1946 the First Suite by Richard Strauss.

Although Julius Patzak, also Austrian, was an incomparable evangelist of Bach's Passions, he wasn't really a specialist of Strauss, except in the field of the lied of which he had explored almost all the literature. Invited by Gerald Moore in this same programme on the BBC in which Ludwig and Fischer-Dieskau performed, in 1959 he sings Zueignung, the first of the lieder Opus 10 by Richard Strauss. Then Gerald Moore and he refer to another Strauss, Johann junior, with an excerpt from his operetta The Merry War. A change in register. 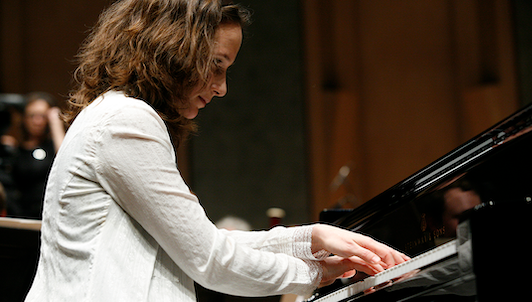 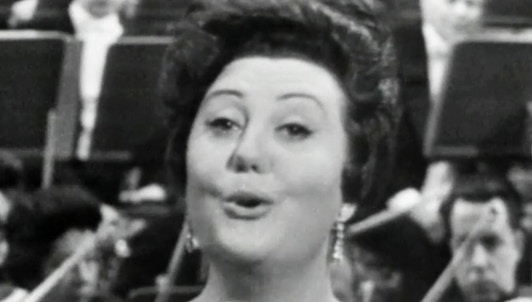