Tchaikovsky wrote his brilliant Violin Concerto in D major in 1878 for the virtuoso violinist Leopold Auer. Unfortunately, both Auer and the violinist who followed him, Yosif Kotek, dubbed the work "impossible to play". It was finally premiered in Vienna on December 4, 1881 by Adolf Brodsky, but this violinist too met with difficulties and mixed reviews. Even so, the work's popularity grew steadily, eventually finding its own beloved place the violin repertoire. It is nonetheless considered one of the most technically difficult works for violin.

Recognized as one of the leading violinist of his generation, Gyorgy Pauk was born in Budapest, Hungary, and received his musical education at the renowned Franz Liszt Academy. He retired from the podium in 2008 after over more than 5 decades, playing his farewell concert in Budapest with the Budapest Festival Orchestra under Ivan Fischer. Gyorgy Pauk is now professor at the Royal Academy of Music in London, where he conducts a “Performers Class“ of selected young talents from all over the world. He regularly visits the US, where he is giving master classes in Los Angeles, San Francisco, Oberlin College Ohio and at the Juilliard School of Music in New York. His guest master classes have included visits at Curtis, Peabody, Yale, Cleveland, Oberlin, Manhattan Schools, as well as schools in China, Japan and Israel and all over Europe. Gyorgy Pauk has received several public honors in Britain and Hungary. He is also Professor Emeritus of the Franz Liszt Academy in Budapest. Gyorgy Pauk plays on a Massart Stradivarius dating to 1714, the legendary violinmaker’s Golden Period. 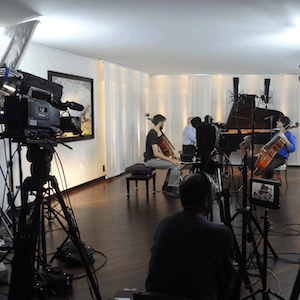 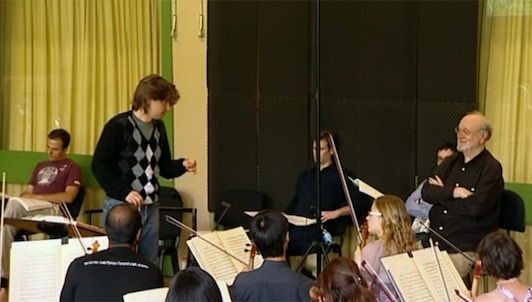 Kurt Masur teaches Mendelssohn: Symphony No. 4 in A major, "Italian" 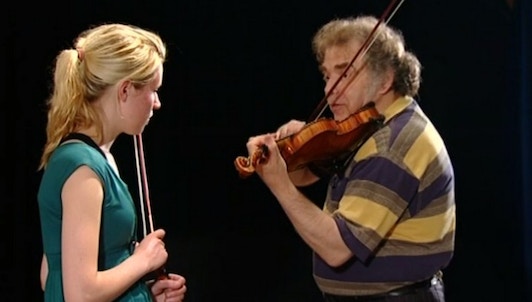 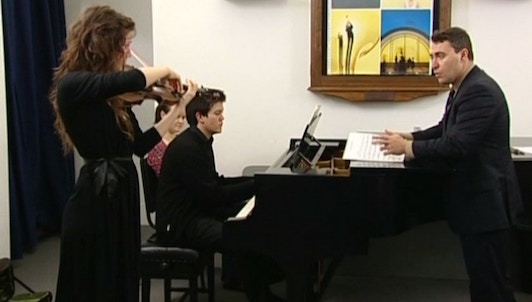