The feeling of nature or the Sixth Symphony

The piece was greeted with little enthusiasm on the evening of December 22, 1808 in Vienna, when the Symphony No. 6 in F Major also called the Pastoral Symphony, Op. 68 was premiered at the same time as the Fifth Symphony. The title Pastoral was given by the composer himself on the programme: Pastoral Symphony: "the expression of the feeling rather than a painting." The score later bore the inscription, "Pastoral Symphony or Memory of Life in the Country." The sound of gurgling water or of birdsong translates the feeling of nature rather than portraying nature itself. Even though one can only agree with Bruno Walter when he says that "a conductor who does not love nature, streams and birds cannot conduct The Pastoral Symphony." The Pastoral Symphony is to Beethoven what Le Lac is to Lamartine.

"With Beethoven, you never stop learning."..

...states Claudio Abbado who has constantly reworked the symphonies of the master from Bonn (1770-1827). Although he was the director of the Scala in Milan for fifteen years, which earned him a reputation as an outstanding opera conductor, he has also been familiar with the German and Viennese repertoires since he studied with Hans Swarowsky in Vienna. In the Austrian capital, another essential experience for him was singing in choruses, which meant rehearsals with the great conductors of the time, Bruno Walter, George Szell and Herbert von Karajan.

He made his debut as a conductor at the Scala of Milan at the age of twenty-seven, on the occasion of the tri-centennial of Alessandro Scarlatti. He then won First Prize at the Mitropoulos Competition in New York, was invited by Karajan to conduct in Salzburg; he then made his conducting debut with the Philharmonic Orchestra of Vienna and Mahler's Symphony No. 2. With the same orchestra he recorded from 1985 to 1988 his first complete Beethoven symphonies. But his relations with the Viennese formation experienced ups and downs, contrary to those he developed with the Berlin Philharmonic Orchestra in 1966. Thirty years later, in 1989, he succeeded Karajan at the head of the prestigious formation, a position he held until 2002. With the musicians from Berlin he made a second recording of the complete Beethoven symphonies (Deutsche Grammophon, 2000) then performed them at the National Academy of Santa Cecilia in Rome from January 5th to February 15th 2001. It is this memorable series, performed before an enthusiastic audience that was filmed in Rome, except for the Ninth Symphony filmed in Berlin.

This monument in the history of Western music to which Claudio Abbado is so attached, was composed by Beethoven in less than a quarter of a century, from 1799 to 1823. A monument which covers the greater part of the composer's life – he wrote the First Symphony at thirty-one and the Ninth Symphony at fifty-four. With Beethoven ended the era of symphonists who composed, like Haydn, up to a hundred symphonies. From then on musicians composed approximately ten symphonies, each stamped with its own personality.

Although this monument is imposing it is familiar. Beethoven's symphonies are an example in Western music of what appeals to the widest possible audience. That is why, they have been widely used for political (the Ode to Joy of the Ninth Symphony is the official European anthem) and commercial purposes (advertising) as well as in films (Clockwork Orange by Stanley Kubrick, among others).

As symbols of freedom and acts of independence Beethoven's symphonies are the expression of a fantastic belief in the dignity of man, who in return, recognises himself in each of them. That is how Abbado conducts these pieces, with a majesty that places the sublime before the gratification of the emotions. And thanks to the incredible sounds that the conductor obtains from the Berlin Philharmonic Orchestra, beauty becomes a human victory. 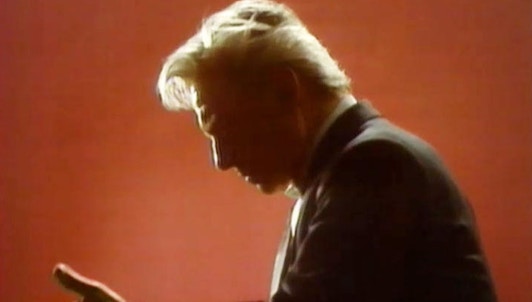 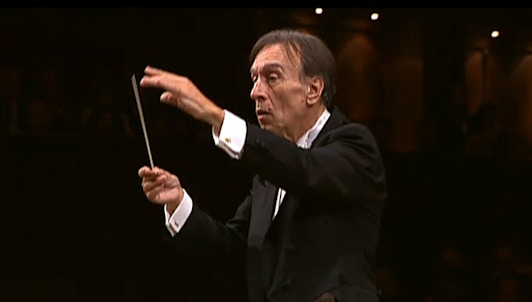