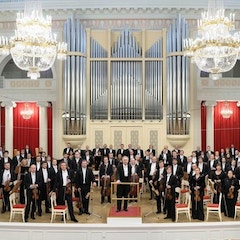 The St. Petersburg Philharmonic Orchestra, Russia's oldest symphonic ensemble, was founded in 1882 - when on the Order of Alexander III, the Court musical choir was established, the prototype of today’s «Honoured Collective of the Russian Federation».The Musicians' Choir was founded to perform in the imperial presence at receptions, official ceremonies, balls, plays and concerts at the Royal Court. The pinnacle of this type of activity was the participation of the choir in 1896 in the pageantry of Сoronation of Nicholas II. In 1897 the Court Choir became the Court Orchestra and its musicians were transferred from the military department and given the same rights as other actors of Imperial theatres. In the early 20th century the orchestra was entitled to perform at commercial concerts for the general public. The series of concerts "Orchestral Collections of Musical News" saw the first Russian performances of Richard Strauss’ symphonic poems "Ein Heldenleben" and "Also sprach Zarathustra", Mahler’s First Symphony, Bruckner’s Ninth Symphony and Scriabin’s "Poem of Ecstasy". The concerts included performances by one composer, a series of concerts by subscription, and a "historical series" accompanied by a lecture or an introductory address. Among the conductors were world-renowned musicians: Richard Strauss, Arthur Nikisch, Alexander Glazunov and Serge Koussevitsky.

In 1917 the Orchestra became the State Orchestra and in accordance with the Decree of 1921 it was incorporated into the newly founded Petrograd Philharmonic, the first of its kind in the country. Shortly after, unprecedented tours began with a whole pleiad of western conductors. Their names enjoy unquestioned authority in today’s musical world: Otto Klemperer (the conductor also conducted subscription concerts), Bruno Walter, and Felix Weingartner. As soloists, Vladimir Horowitz and Sergey Prokofiev (who played his piano concertos) performed with the orchestra. On the initiative of the foreign conductors, the orchestra began to play the modern repertoire – Stravinsky, Schoenberg, Berg, Hindemith, Honegger and Poulenc. Also heard was the music of Russian composers. In 1918 the orchestra performed for the first time the Classical Symphony of Prokofiev, under his baton. And in 1926 Shostakovich debuted his First Symphony in the Grand Hall of Philharmonia (conducted by Nikolay Malko).

In 1934 the Orchestra became the first ensemble in the country to receive the name “Honoured Collective of the Russian Federation”. Four years later Evgeny Mravinsky joined the orchestra and during the half of a century, step by step, he created one of the best orchestras in the world. In 1946 the first orchestra tour abroad occured – the first one in the Soviet history of performing. Since then regular tours go to many countries: concerts at Salzburg, Edinburgh and Savonlinna, “Maggio Musicale”, “Prague Spring”, “Warsaw Autumn”, “Week of Sibelius” and Grieg Festivals. The alliance between Mravinsky and Shostakovich is unique for the musical world. Many symphonies of the composer, including the Eighth, dedicated to the conductor, were performed by Mravinsky for the first time. It begane the tradition of creating a special interpretation of great scores.

In 1975 the name of Shostakovich was given to the Philharmonia. The orchestra acquainted residents of Leningrad with works by Myaskovsky, Basner, Petrov, Slonimsky, Falik, Ustvolskaya, Tishchenko, Sviridov, Shchedrin; it performed Soviet premiers of works by Honneger, Hindemith, Bartók, Penderecki, Schönberg, Britten, Poulenc, as well as the works of old masters: Bach, Haendel, Vivaldi, Purcell, Corelli, Telemann, Pergolesi. There was not one famous conductor who did not come to Leningrad. In 1952 collaboration with G.Rozhdestvensky began. Over the years the second conductor saw K.Sanderling, A.Jansons, M.Jansons. The orchestra has performed with nearly all outstanding foreign conductors on tour in the USSR – L.Stokowski, L.Maazel, Z.Mehta, K.Masur; and works by – Britten, Copland, Kodály, Lutosławski, Berio, Penderecki - were showcased.

After the death of Mravinsky in 1988, the orchestra selected Yuri Temirkanov as its principal conductor. Recently Milanese “Corriere della Sera” eloquently wrote of the more than twenty-year collaboration: “Yuri Temirkanov and the St.Petersburg Philharmonic Orchestra are something unique in world music panorama... Amazing musicians, everyone is a soloist, but in perfect ensemble and confluence with others”. Highlights of the past several years were: performing the 7th Symphony by Shostakovich at the United Nations at an event dedicated to the 60th anniversary of the WWII Victory; opening the Carnegie Hall season (the first among Russian orchestras), participation in the Second Moscow World Orchestras Festival and opening of the First Rostropovich Week Moscow Festival; participation in Enescu Festival (Rumania) and in MiTo (Italy). Traditionally, busy tour schedules include: concerts in Le Théâtre des Champs Elysées (Paris), Musikverein (Vienna), La Scala (Milan), Carnegie Hall (NY). The repertoire of the orchestra was enriched by Russian premiers: “Il canto sospese” by Nono, “The Third and the Last Testament” by Obukhov, Fifth Symphony by Grechaninov, Polish Requiem by Penderecki (under the composer's baton); world premieres: “…al niente” by Kancheli, Symphonies by Segerstam, Slonimsky, Tishchenko; Petersburg premieres: Seventh Symphony by Schubert, oratorio “L'enfance du Christ” by Berlioz, “Eine Messe des Lebens” by Delius, and the music of “Der Schneemann” by Korngold.

The orchestra and his chief conductor have opened the current season by a large-scale tour in Europe. They have traditionally participated in such festivals us Annecy-classique (France), MiTo (Italy), the Lucerne Festival and the Bruckner Festival. The orchestra also has performes in the Alte Oper (Frankfurt). Seven tours are planned for the current season, among them are concerts in Russia and Europe, as well as in Japan, the USA and Mexico.

This season will honor Maestro Temiraknov (he is celebrating a double anniversary – he is 75 years old and 25 years of conducting the St.Petersburg Philharmonic Orchestra), continuation of the G. Rozhdestvensky’s concert cycle, the St. Petersburg premiere of the Desyatnikov’s “The Ride of the Winter 1949” and Russian premiere of the Sheng’s composition (conducted by the composer, soloist - E. Glennie). 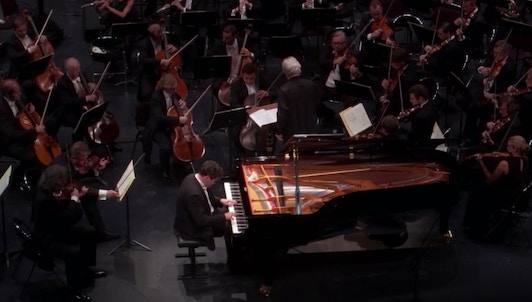 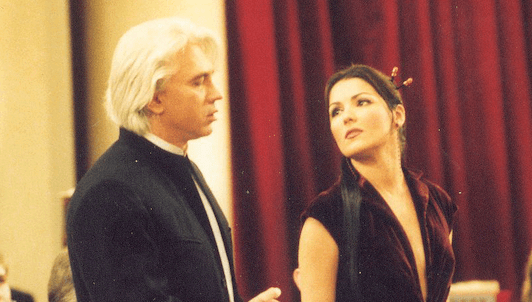 2003 St. Petersburg Gala, celebrating the 300th anniversary of the city 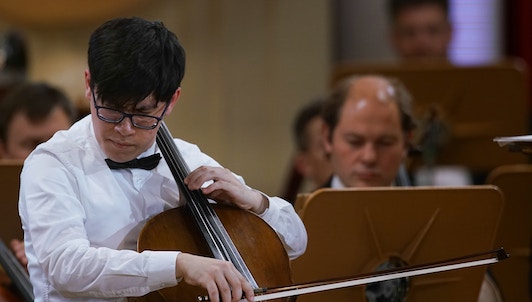 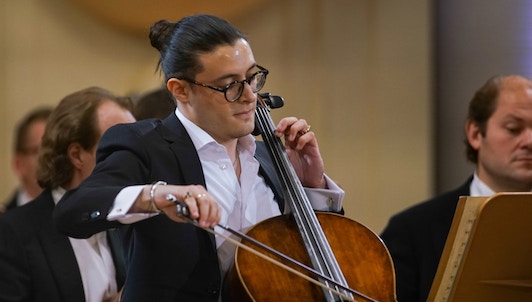 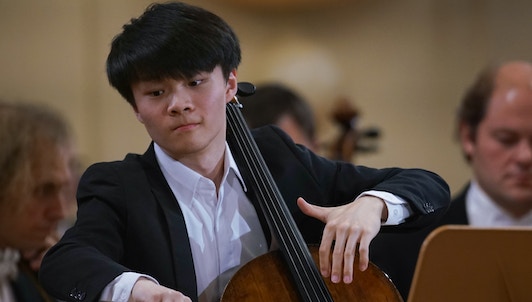 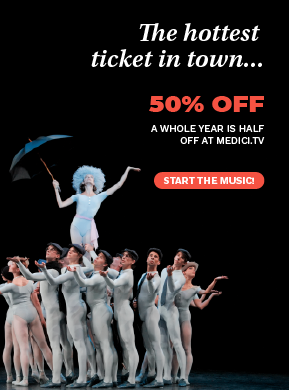 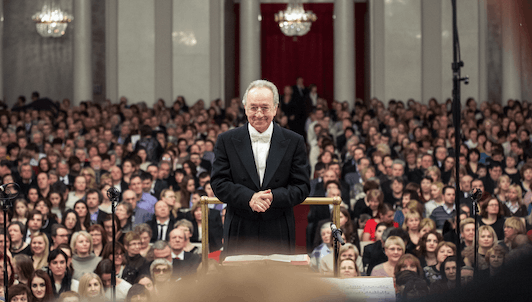 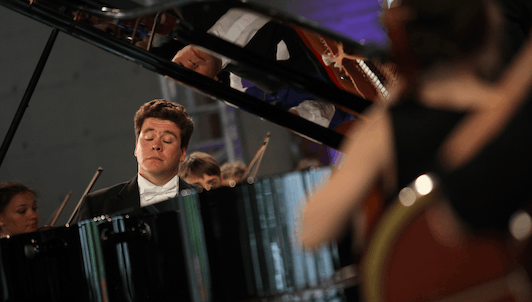 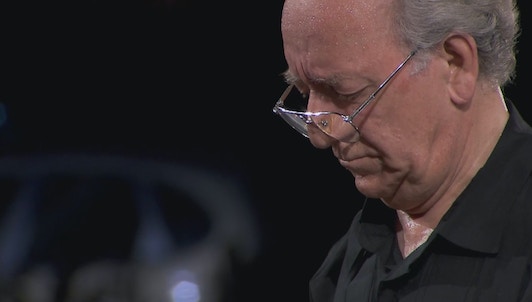 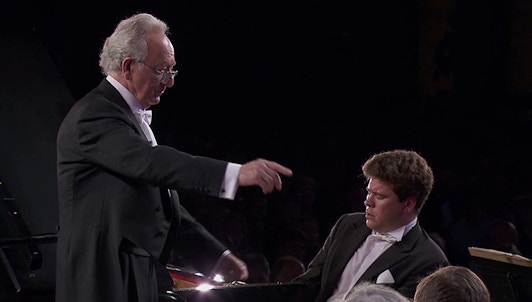 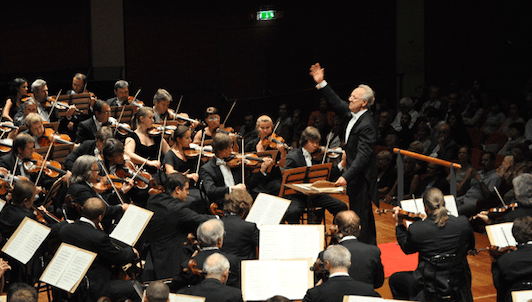 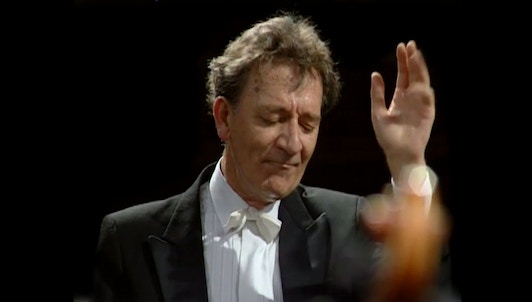