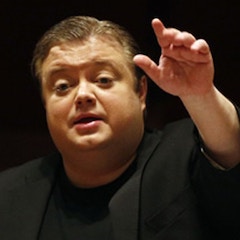 Despite his young age, Mikko Franck has established himself as one of the most exciting international conductors, with a wide ranging repertoire for both the concert hall and the opera house. He first established his credentials with many of Finland’s orchestras and now regularly conducts some of the world’s greatest orchestras. Mikko Franck began to play the violin at the age of five and entered Helsinki’s Sibelius Academy in1992, subsequently studying in New York, Israel and Sweden. It was in 1995 that he began conducting studies: at first privately with Prof. Jorma Panula, then between 1996 and 1997 within the conducting class of the Sibelius Academy. Mikko Franck took up the post of General Music Director of the Finnish National Opera in August 2006. He was formerly Music Director and Chief Conductor of the Orchestre National de Belgique until June 2007.

In recent seasons in Europe, Mikko Franck has worked with orchestras including the Berlin Philharmonic, Munich Philharmonic, Bamberg Symphony, Finnish Radio Symphony, London Symphony Orchestra and Mahler Chamber Orchestra. In the US, his guest conducting highlights have included performances with the New York Philharmonic and the San Francisco and Chicago Symphonies. He has toured Japan with both the Bamberger Symphoniker and the Orchestre National de Belgique, and, in May 2002, was Artistic Director of the Helsinki Philharmonic’s Rautavaara Festival. At Finnish National Opera, productions Mikko Franck has conducted have included Parsifal, The Magic Flute, Don Giovanni, La Bohème, Puccini’s Manon Lescaut, Mussorgsky’s Khovanschina and, in Autumn 2003, the world première of Rasputin, a new opera by Einojuhani Rautavaara. This season sees him conduct Rigoletto, Isan Tytto and Pohjalaisia. Outside Finland, Mikko Franck has conducted Carmen at the Royal Stockholm Opera, and, last season, Tosca and L’Elisir d’Amore at the Royal Opera House, Covent Garden.

Mikko Franck’s recording of Sibelius’s En Saga and Lemminkainen Legends with the Swedish Radio Symphony received outstanding reviews throughout the international press; the disc won the Diapason d’Or Award and was also nominated for a Grammy Award (Best Orchestral Performance) in 2001. Other discs include Tchaikovsky’s Sixth Symphony (Pathethique), released in Spring 2003, and Rautavaara’s opera House of the Sun, released on the Ondine label in Autumn 2003. Mikko Franck’s most recent recordings are a disc featuring the music of Debussy with l’Orchestre Philharmonique de Radio France for Sony BMG, and a CD of opera arias with Soile Isokoski and the Helsinki Philharmonic Orchestra for Ondine (ODE 1126-2). Also released recently was the book Conversations and Writings, co-written by Mikko Franck and Einojuhani Rautavaara and published by WSOY in May 2006.

Young and promising conductor, one of the most gifted and sought-after of his generation, Mikko Franck will take over the direction of the Orchestre Philharmonique de Radio France in September 2015.

All videos related to Mikko Franck (1) 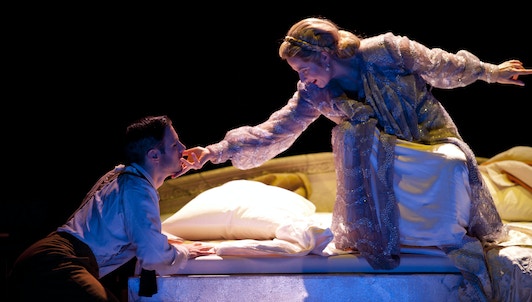