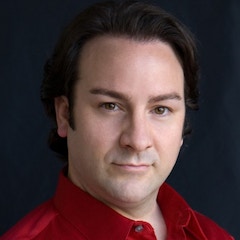 An American tenor, John Osborn was born in Sioux City, Iowa. He studied in Iowa, then he moved to New York City in the fall of 1994 as an invited member of the Metropolitan Opera Young Artist Development Program. He was a winner of the Metropolitan Opera National Council Auditions in 1994. He was a senior at Simpson College in Indianola, Iowa and only 21 years old at the time. This immediately gave him international attention. He studied voice with the late Anne Larson while at Simpson, and continued his studies in New York with Edward Zambara, a bass, who happened to be teaching voice at The Juilliard School. He coached many songs, arias and roles under distinguished Met coaches such as Nico Castel, Susan Webb, Robert Cowart, Denis Giocque, and Donna Racik. He also appeared in master classes with important artists: Hermann Prey, Régine Crespin, Carlo Bergonzi, Eduardo Müller, Barbara Bonnie, Sherill Milnes, Ileana Cortrubas, and Regina Resnik, to name a few. He was also First Prize Winner of the 1996 Operalia Voice Competition of Plácido Domingo in Bordeaux, France.

John Osborn’s international career began in 1997 when he was still a member of the Met’s Young Artist Development Program. He was recommended to sing for James Conlon for the role of Fenton in Verdi’s Falstaff. He learned the part in a couple of days, flew up to Boston from New York City, sang for Maestro Conlin, and was immediately added to the Oper der Stadt Köln’s production in March of that year. He performed another run of the show in June. Since then, after finishing the Young Artist Program at the Met, he immediately started working full time as a performing artist in major international opera houses in Europe, Canada, Japan and China.

John Osborn’s 2010-2011 season opened with his debut as Des Grieux in Massenet’s Manon in Buenos Aires at the Teatro Colòn. He flew to St. Paul, (Minneapolis) for semi-staged performances of Don Ottavio in Mozart’s Don Giovanni with St. Paul Symphony and world-renowned conductor Roberto Abbado. His official debut at the Royal Opera House, Covent Garden ensued as Nadir in Les pêcheurs de perles by Bizet in concert performances with Antonio Pappano conducting. Concert performances of Guillaume Tell, the French version by Gioacchino Rossini, were recorded live with Antonio Pappano and the Orchestra and Chorus of the Academy of Santa Cecilia at the Auditorium in Rome. The CD is now available on EMI Classics as William Tell. Concert performances of Rossini’s Otello in Lyon and Paris with conductor Evelino Pidò were highly acclaimed. Again with Pidò, he performed Don Ramiro in Cenerentola with the lovely Romanian mezzo soprano Ruxandra Donose in Nice, France. He returned to the Royal Opera House for performances of Il Barbiere di Siviglia, Goffredo in Armida at the Metropolitan Opera; Léopold in La juive with Zürich Opernhaus; and finally, he made his debut as Raoul de Nangis in Meyerbeer’s Les Huguenots at La Monnaie/De Munt in Brussels.

Mr. Osborn’s 2009-2010 season started with Léopold in La Juive by Jacques Fromenthal Halévy, in Amsterdam. Then, he performed Nemorino in l’Elisir d’amore for his debut at the Houston Grand Opera; Arnold in Guillaume Tell by Rossini with the Netherlands Radio Philharmonic at the Conzertgebauw in Amsterdam; Lindoro in L’Italiana in Algeri by Rossini in Florence, Italy; the Principe Ramiro in La Cenerentola in Zürich, Switzerland with Cecilia Bartoli; Otello (Rossini) in Lausanne, Switzerland; and has recently sung Goffredo in Armida by Rossini alongside Renée Fleming and Lawrence Brownlee at The Metropolitan Opera in New York. This Met production was also viewed by millions around the world in HD Live Broadcast in movie theaters on May 1st and replayed on May 19th. Now it is available on DVD (Decca).

2007-2008 season opened in Geneva with his debut at the Grand Théâtre de Genève in a new production of Les Troyens as Iopas, under the baton of John Nelson. He was later called in on short notice to sing a Gala performance of La Cenerentola at Opernhaus Zürich with Cecilia Bartoli in celebration of Alexander Pereira’s birthday, the Artistic Director of the Zürich Opera House. Soon after, Mr. Osborn made a very important debut with the Accademia di Santa Cecilia Orchestra in Rome, Italy. He was asked to sing Arnold in Guillaume Tell conducted by Antonio Pappano, with Michele Pertusi as Guillaume Tell, and Norah Amsellem as Mathilde. These performances have catapoulted Mr. Osborn into singing other more dramatic French roles such as his first Roméo, and Raoul in Les Huguenots that he will sing at New York City Opera next year in concert form. In January of 2008, he made his debut as Orfée in Glück’s Orfée et Euridice at the Teatro Comunale di Bologna, Italy. He soon followed with Duca di Mantua in Verdi’s Rigoletto at Opera New Jersey, and ultimately had to cancel a Nemorino in Palm Beach to sing Conte d’Almaviva in Il Barbiere di Siviglia at Lyric Opera of Chicago with American stars Nathan Gunn and Joyce DiDonato and Alberto Renzetti conducting. Then, he went back to Zürich to sing Il Duca in an opera called Clari, the first of two italian operas written my Jacques Fromenthal Halévy. This production was part of Cecilia Bartoli’s “Maria Malibran project”: while researching the life and career of the first diva, Maria Malibran, Bartoli discovered the full score to this opera. The summer 2008 began with Arturo Talbot in Teatro Communal de Mahon in Menorca, Spain; continued with his debut of Roméo in Gounod’s Roméo et Juliette with the Salzburg Festival; and then, with the recording in Zürich of live performances of Clari for DVD. He finished the summer with a Three Tenors of Bel Canto concert with the Orchestra of the Accademia di Santa Cecilia.

Mr. Osborn’s 2006-2007 season began with Netherlands Opera production of Richard Strauss’s Capriccio, opposite his wife, Lynette Tapia, as the Italian Singer. He performed Almaviva in San Francisco Opera’s production of Il Barbiere di Siviglia, Maurizio Barbacini conducting; Léopold in La Juive with the Opéra National de Paris, Daniel Oren conducting; made his debut as Lindoro in L’Italiana in Algeri at Teatro Sao Carlo in Lisbon, Portugal with Alberto Renzetti conducting; and returned to Opera Theater of St. Louis as Riccardo in The Puritans, an English adaptation of Bellini’s opera, in a version where Riccardo and Arturo are both tenors, with Stephen Lord conducting.

Recently, Mr. Osborn made his debut as Rodrigo in Rossini’s La Donna del lago marking his debut at Teatro alla Scala in Milan, Italy. At Zürich Opernhaus, he performs Rossini’s Otello with the effervescent Cecilia Bartoli (webcast live on medici.tv). Roberto Abbado conducted a stellar cast including Joyce DiDonato, Juan Diego Flórez, Daniela Barcellona, and Simon Orfila. He stayed on at La Scala for performances of Don Ottavio in Don Giovanni and will be at the San Diego Opera for Il Barbiere di Siviglia and in Salerno as Nadir from Les Pêcheurs de perles.

All videos related to John Osborn (3) 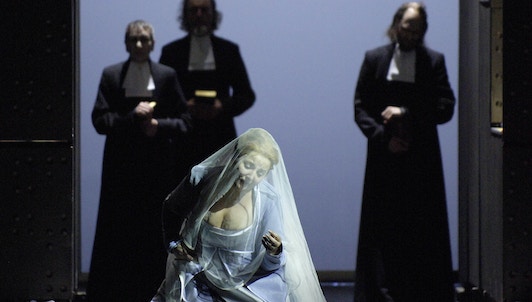 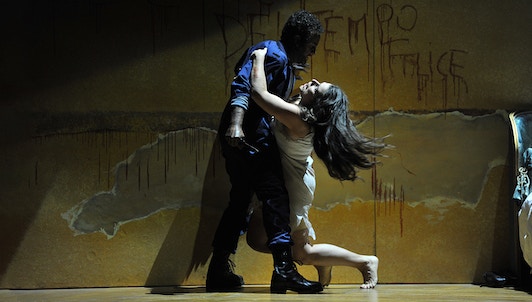 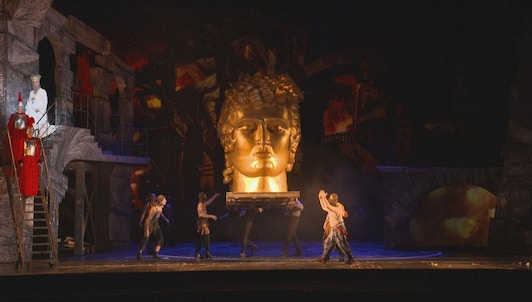 Terry Gilliam weaves his magic at the Opera Bastille