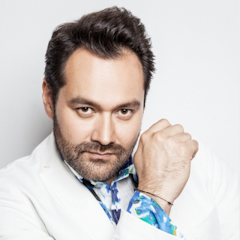 Ildar Abdrazakov has established himself as one of opera’s most sought-after basses. Since making his La Scala debut in 2001 at 25, the Russian native has become a mainstay at leading houses worldwide, including New York’s Metropolitan Opera, the Vienna State Opera, and Munich’s Bavarian State Opera. His powerful yet refined voice coupled with his compelling stage presence have prompted critics to hail him as a “sensational bass…who has just about everything – imposing sound, beautiful legato, oodles of finesse” (The Independent). Also an active concert artist, he has performed at London’s BBC Proms and at New York’s Carnegie Hall, as well as with leading international orchestras, including the Chicago Symphony and Vienna Philharmonic.

Ildar Abdrazakov kicks off the 16/17 season with his return to the Metropolitan Opera, where he can be heard twice, as Mustafà in Rossini’s comic opera L’Italiana in Algeri as well as in the title role of Mozart’s Don Giovanni. In Europe, Ildar Abdrazakov brings his celebrated portrayal of Spain’s emperor Filippo II in Verdi’s Don Carlo to the Bolshoi Theatre in Moscow, the Bavarian State Opera in Munich as well as the Royal Opera House Covent Garden in London, before closing the season as Escamillo in a new production of Carmen at Opéra National de Paris. The title role in Borodin’s opera Prince Igor is the vehicle for his house debut at the Nederlandse Opera in early 2017. During the festival months in the summer of 2017, the Russian bass returns to the Bayerische Staatsoper to sing performances of Les Contes d’Hoffmann and to the Salzburg Festival for concert performances of Lucrezia Borgia. On the concert stage, Ildar Abdrazakov is not only joining Vladimir Spivakov for a New Year’s Eve Concert, but gives also recitals at the Verbier Festival, together with pianist Daniil Trifonov, and at the Rossini Festival in Pesaro.

In more than a decade since his house debut, Abdrazakov has become a mainstay at the Metropolitan Opera. Last season he headlined the gala opening of the company’s season in the title role in a new Sir Richard Eyre production of Le nozze di Figaro under James Levine. He previously sang the title role in a new staging of Borodin’s Prince Igor – a performance captured on DVD and Blu-ray by Deutsche Grammophon. Other notable Met productions include his role debut as Henry VIII opposite Anna Netrebko in Anna Bolena to open the company’s 2011-12 season, a role which he reprised opposite Sondra Radvanovsky in the title role in 2015, Dosifei in Mussorgsky’s Khovanshchina, Escamillo in two productions of Carmen, and the title role in a new production of Verdi’s Attila under the baton of Riccardo Muti. At La Scala, Abdrazakov joined Muti in concert for the reopening of the theatre in 2004-05, and that same season he sang Moses in a production of Rossini’s Moïse et Pharaon that was recorded and released on CD and DVD. It was in the same role – in a new production led by Muti – that the bass made his Salzburg Festival debut in 2009, and he has also sung Moses with the Italian maestro in Rome. Abdrazakov first appeared at London’s Royal Opera House in 2009, performing Verdi’s Requiem in concert with Sir Antonio Pappano, and he has since returned there to sing Don Basilio in Rossini’s Il Barbiere di Siviglia.

The title role in Le Nozze di Figaro was the vehicle for Abdrazakov’s 1998 house debut at St. Petersburg’s Mariinsky Theatre. Among his other signature roles are both the title character and Leporello in Mozart’s Don Giovanni; Méphistophélès in Gounod’s Faust, which he sang in a new production at the 2016 Salzburg Festival to great acclaim, and Berlioz’s La damnation de Faust; Oroveso in Bellini’s Norma; Selim in Rossini’s Il Turco in Italia, and Assur in his Semiramide. The Russian bass is noted for Verdi roles including Walter in Luisa Miller and the title character in Oberto, as well as Attila and Banquo.

Abdrazakov has appeared with virtually every major opera company in the United States and Europe. Besides those already mentioned, he has sung on the stages of Barcelona’s Gran Teatre del Liceu, Madrid’s Teatro Real, Paris’ Opéra Bastille, the San Francisco Opera, the Washington National Opera, and the Los Angeles Opera. On the concert stage, he has given recitals in Russia, Italy, Japan, and the United States, and performed with orchestras including the Chicago Symphony, the Vienna Philharmonic, the Leipzig Gewandhaus Orchestra, the Bayerischer Rundfunk, the Rotterdam Philharmonic, the Orchestre National de France, the Orchestra Filarmonica della Scala, and Rome’s Accademia Nazionale di Santa Cecilia. Among the noted conductors with whom he has collaborated are Riccardo Muti, Valery Gergiev, James Levine, Gianandrea Noseda, Bertrand de Billy, Riccardo Frizza, Riccardo Chailly, and Sir Antonio Pappano.

Abdrazakov’s debut solo album, Power Players, a celebration of the great Russian bass roles, was released in early 2014 on Delos, to great critical acclaim. His recording of Verdi’s Messa da Requiem with Riccardo Muti and the Chicago Symphony won a Grammy Award, and he has recorded unpublished arias by Rossini with Riccardo Chailly and the Symphony Orchestra of Milan, Giuseppe Verdi for Decca, and Cherubini’s Mass with Muti and the Bayerischer Rundfunk for EMI Classics. For Chandos, he has recorded Shostakovich’s Suite on Verses of Michelangelo and Rachmaninoff’s The Miserly Knight, both with Gianandrea Noseda and the BBC Philharmonic. The bass’s DVD releases include Moïse et Pharaon from La Scala, Oberto from Bilbao, Norma from Parma, and Lucia di Lammermoor from the Metropolitan Opera. Marking the Verdi bicentennial, May 2013 saw Abdrazakov’s star turn in the title role of Attila immortalized on the Mariinsky label’s first DVD/Blu-ray release.

Abdrazakov was born in 1976 in the city of Ufa, then the capital of the Soviet republic of Bashkiria. His parents were both artists: his mother was a painter and his late father, a director. Abdrazakov began acting in his father’s stage and film productions at age four, and it was these early experiences that inspired him to pursue a career in the arts. Upon graduating from the Ufa State Institute of Arts, he joined the Bashkirian Opera and Ballet Theatre. In the late 1990s, he won a string of prestigious vocal competitions: the Moscow Grand Prix named after Irina Arkhipova, the Glinka International Vocal Competition, the Rimsky-Korsakov International Competition, and the International Obraztsova competition. His 2000 win at the Maria Callas International Television Competition in Parma thrust him into the international spotlight and led to his debut at La Scala the following year.

Since 2007, Abdrazakov has been an ambassador for the Zegna & Music project, a philanthropic initiative founded in 1997 by Ermenegildo Zegna, to promote music and its values. Abdrazakov’s concert attire is generously provided by the designer. Ildar Abdrazakov is also Artistic Director of the Elena Obraztsova International Academy of Music – where he was appointed by Obraztsova herself in 2014 – which opened in a gala concert August 2015.

All videos related to Ildar Abdrazakov (8) 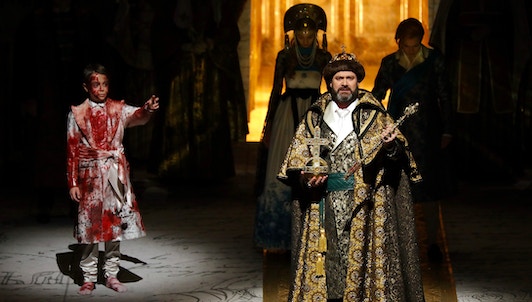 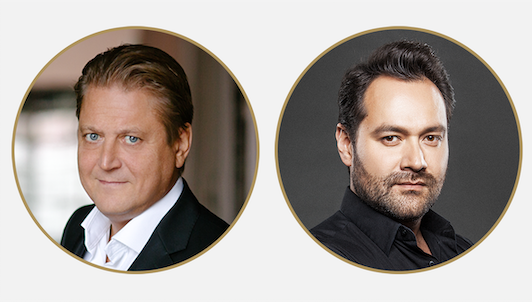 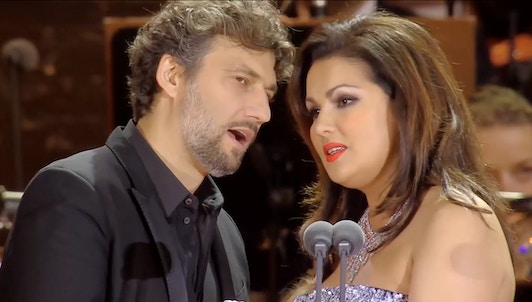 An open-air concert from the Königsplatz 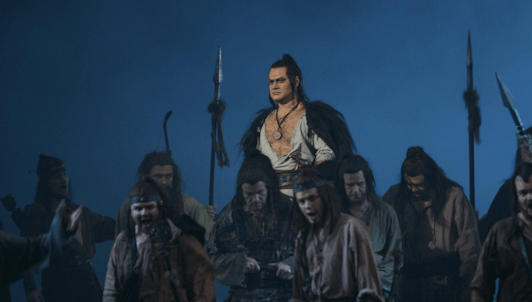 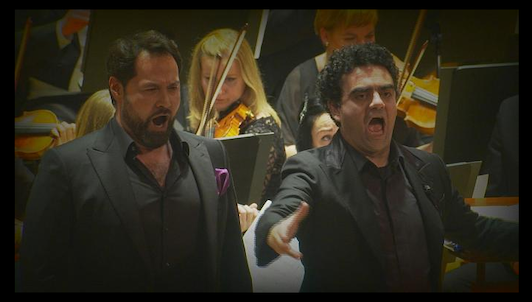