On March 29, 1792, the king of Sweden Gustav III was assassinated during a masked ball at Stockholm’s Royal Opera as part of a plot designed by the Swedish nobility’s fear of losing their privileges. In 1859, Verdi created a new operatic version of the same story, this time set in the United States. Antonio Somma’s libretto took its inspiration from that of Eugène Scribe, set to music 20 years earlier by Daniel-François-Esprit Auber. The triumph of Un ballo in maschera arises not so much from its truthful retelling of the original story but rather from “the virtuosity with which Verdi integrates the vocabulary of opera buffa into a tragic story, by mixing in, among other things, obvious French influences and drawing as much on opéra-comique as on bel canto opera.” (Piotr Kaminski)

The opera’s typically-Verdian mixture of comedy and tragedy is particularly effective in this production thanks to the great Riccardo Chailly, a Verdi specialist who recorded almost all of the composer’s operas with some of the last century’s most beautiful voices (Pavarotti, Verrett, Nucci, etc.). It also does not hurt that the production stars an extremely talented and energetic group of singers: Franco Vassallo, Massimiliano Pisapia, and Chiara Taigi in their respective roles of the Earl of Warwick and governor of Boston Riccardo, his best friend and secretary Renato, and Amelia, the wife of Renato, and beloved of Riccardo. The staging by Ermanno Olmi, the Italian filmmaker celebrated for his award-winning 1978 The Tree of Wooden Clogs, is relatively classic and understated, giving the singers the freedom to express themselves without any scenic hindrance… a particularly brilliant choice when it comes to the warm and richly-colored voice of mezzo-soprano Anna Maria Chiuri, a voice as bewitching as the fortune-teller Ulrica that the singer plays. 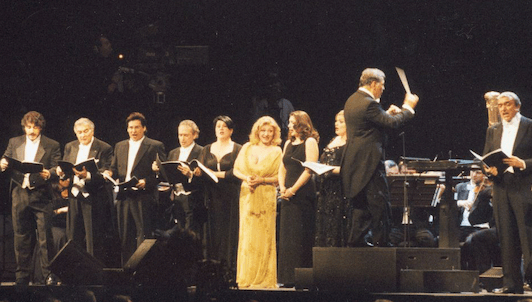 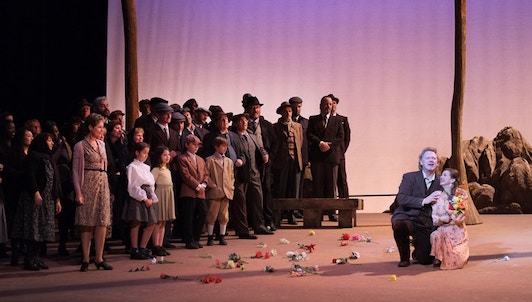