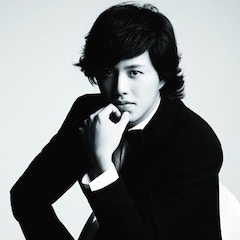 Yundi (formerly known as Yundi Li) was propelled on to the international music scene in 2000 when he won first prize at the Chopin International Piano Competition in Warsaw. At 18 years of age, he was not only the youngest and first Chinese winner in the history of the prestigious competition, but also the first pianist to be awarded the first prize for 15 years. Since then, he has been regarded as a leading exponent of Chopin’s music. In recognition of his contribution to Polish culture, the Government of Poland presented a Gold Medal for Merit to Culture 'Gloria Artis' to Yundi in 2010, also the year of Chopin’s 200th anniversary.

Highlights in Yundi’s 2010/11 calendar include three international tours as well as return visits to the Beijing Music Festival, Macau International Music Festival and San Francisco Symphony. The season will also see the launch of a new CD recorded live at the National Centre for the Performing Arts in Beijing, the first live recording to emerge from the centre since its inception in 2007.

Yundi has released eight CDs and DVDs worldwide. In 2007, he became the first Chinese pianist to record live with the Berlin Philharmonic and Seiji Ozawa. The disc of Prokofiev’s Second Piano Concerto and Ravel’s Piano Concerto in G Major met with rave reviews and was named ‘Editor’s Choice’ by Gramophone Magazine. His first recording with EMI Classics, the complete Chopin Nocturnes, was released in March 2010.

Born in Chongqing, Yundi began piano studies at age seven. Soon after, he moved to Shenzhen, where he trained with Professor Zhaoyi Dan at the Shenzhen Arts School. Following his triumph at the Chopin International Piano Competition, he embarked upon six years of intensive musical studies at the Hochschule für Musik und Theater Hannover. 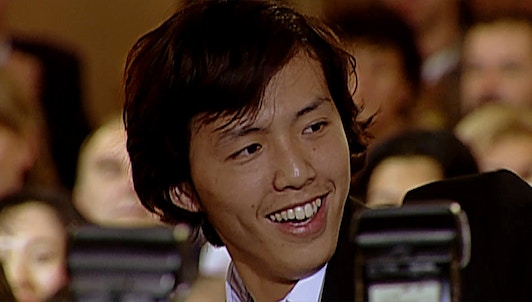 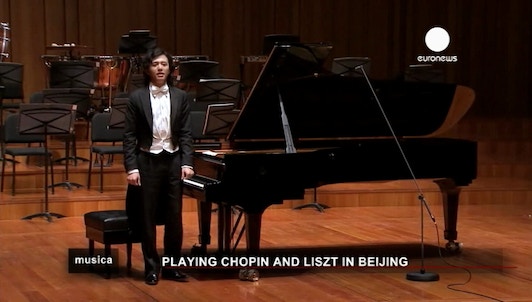