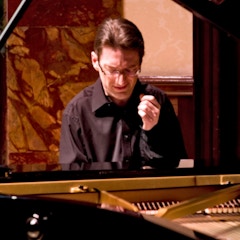 The Welsh pianist, Llŷr Williams, brings a profound musical intelligence to his work as soloist, accompanist and chamber musician. He has performed with orchestras around the world, including the BBC Symphony Orchestra, BBC National Orchestra of Wales (with whom he toured the USA), London Mozart Players, London Philharmonic Orchestra, Hallé Orchestra, Sinfonia Cymru and the Minnesota Orchestra. He also appears regularly at the BBC Proms in London and has given many remarkable performances at the Edinburgh Festival 2009/10 Season included a very successful debut in Salzburg, performing Schumann's piano concerto with the Mozarteum Orchestra and Ivor Bolton, several concerts at the Schubertiade in Perth Concert Hall, a return to Welsh National Orchestra to play Mozart with Carlo Rizzi and Beethoven's Emperor Concerto with the London Philharmonic and Jukka-Pekka Saraste. Throughout 2010 Llŷr Williams performed a Beethoven sonata cycle around the UK which received universal praise; after the last three Sonatas in Cardiff Rian Evans in The Guardian wrote: ‘his commanding technique, cool grasp of the vast intellectual span of the music and sense of wisdom beyond his years make for a stunning combination’.

Williams also gave recitals in the Wigmore Hall, Handelbeurs Concertzaal in Gent and at the Edinburgh Festival, where he played Charles Ives' Concord Sonata, receiving astonishing reviews from several critics. This August Williams will repeat the Beethoven cycle in Edinburgh and in the 2011/12 season in Glasgow.

September 2010 saw the release of his latest CD by Signum Classics featuring Pictures at an Exhibition by Mussorgsky, Estampes by Debussy and works by Franz Liszt. Williams is also the subject of two films produced by Opus TF for S4C, the first of which won a Welsh BAFTA for Best Music Programme. The second, broadcast in August 2009, followed his debut at Carnegie Hall.

Williams has a great love of lieder which leads him to take part in the BBC Cardiff Singer of the World Competition on a regular basis and this summer he will accompany Bryn Terfel at the Verbier Festival, where he will also be playing chamber music and giving a recital.

Born in 1976 in Pentrebychan, North Wales, Llŷr Williams read music at The Queen's College, Oxford and went on to take up a postgraduate scholarship at the Royal Academy of Music where he won every available prize and award. From 2000-02 he was a ‘Shinn’ Fellow at the Academy, coaching singers and studying conducting. He was also an active member of the Live Music Now! scheme for several years and in 2004 received a Borletti-Buitoni Trust Award. 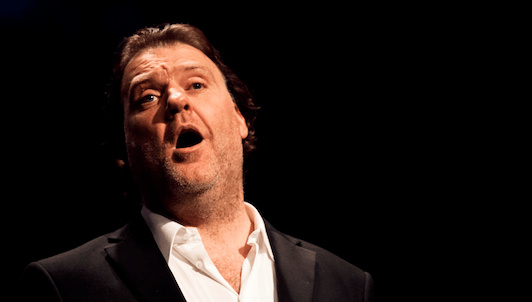