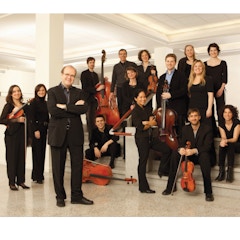 The chamber orchestra Les Violons du Roy borrows its name from the renowned string orchestra of the court of the French kings. The group, which has a core membership of fifteen players, was brought together in 1984 by music director Bernard Labadie and specializes in the vast repertoire of music for chamber orchestra, performed in the stylistic manner most appropriate to each era. Although the ensemble plays on modern instruments, its approach to the works of the Baroque and Classical periods has been strongly influenced by current research into performance practice in the 17th and early 18th centuries; in this repertoire Les Violons du Roy uses copies of period bows. The orchestra has been widely acclaimed for the exceptional energy, brilliance and vitality of its performances. In recent seasons, under the leadership of conductor Jean-Marie Zeitouni, the orchestra has begun to explore 19th and 20th century repertoire in more depth.

Les Violons du Roy is at the heart of the music scene in Québec City, where it has been in residence at the Palais Montcalm since 2007. Since 1997, it has also been an important part of Montreal’s cultural scene. The orchestra is well known throughout Canada thanks to numerous concerts and recordings broadcast by Société Radio-Canada and the CBC and its regular presence at music festivals. Les Violons du Roy first performed in Europe in 1988 and has since given dozens of concerts in France, Germany, England, Spain and the Netherlands with internationally renowned soloists including Magdalena Kožená, David Daniels, and Vivica Genaux. The orchestra has twice been asked to perform at the Concertgebouw in Amsterdam. It again toured Europe in November 2011 with pianist Alexandre Tharaud.

Since its first performance in Washington in 1995, Les Violons du Roy has extended its performance network in the United States and now makes regular stops in New York, Chicago and Los Angeles. The orchestra is heard frequently on NPR in the United States, and is now represented by the Opus 3 Artists agency. A recent high point was the performances of Handel’s Messiah and Bach’s Christmas Oratorio with La Chapelle de Québec and an outstanding array of soloists (Rosemary Joshua, David Daniels, Jan Kobow, Andrew Foster-Williams and Joshua Hopkins), part of a US tour that took the orchestra and choir to Carnegie Hall in New York and the Walt Disney Concert Hall in Los Angeles. The concerts received remarkably positive reviews, in particular from the New York Times and the Los Angeles Times. The musicians visited a number of American cities in January 2012 with recorder player Maurice Steger. In March 2012, the orchestra presented Bach’s St. John Passion with La Chapelle de Québec at Carnegie Hall in New York. In May 2012, Les Violons du Roy made a return to the Mexican stage as participants in the Festival Cultural de Mayo.

The twenty-three recordings made by Les Violons du Roy have been acclaimed by critics and earned various distinctions and awards at the national and international levels. Of twelve CDs released by Dorian, two won Juno Awards (Apollo e Dafne (Handel) and Requiem (Mozart)). Since 2004, the association with the Québec label Atma has led to six CDs, including Water Music, recorded in the Raoul-Jobin Hall in the new Palais Montcalm and winner of a Félix Award in 2008; Piazzolla, conducted by Jean-Marie Zeitouni and winner of a Juno Award in 2006; and Britten, Les Illuminations with soprano Karina Gauvin, also directed by Jean-Marie Zeitouni and released in summer 2010. The CD Bonbons, also on Atma label, was released in fall 2010. The group’s first collaboration with the multinational Virgin Classics label led to the release in fall 2006 of a CD of cantata arias by Handel and Hasse with US mezzo-soprano Vivica Genaux. Two other Virgin Classics released in 2011 feature C.P.E. Bach’s cello concertos with the Norwegian cellist Truls Mørk and J.S. Bach’s keyboard concertos with the French pianist Alexandre Tharaud. The most recent recording, presenting arias by Mozart, Haydn, Gluck and Graun with the contralto Marie-Nicole Lemieux, was released for the Naïve label. The orchestra Les Violons du Roy is a proud member of Orchestras Canada, the national association representing Canada’s orchestras. 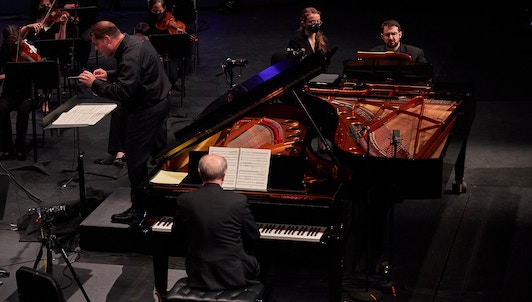 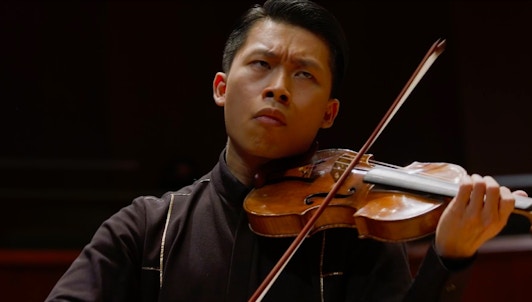 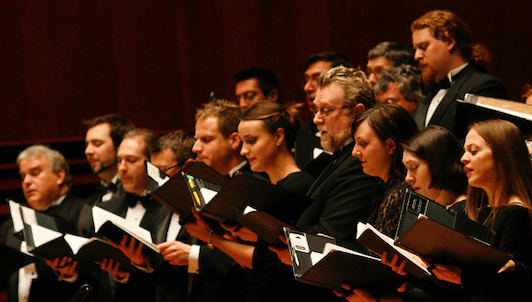