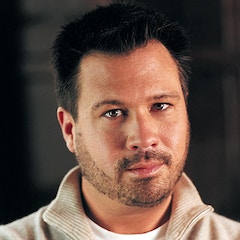 David Daniels is known for his superlative artistry, magnetic stage presence and a voice of singular warmth and surpassing beauty, which have helped him redefine his voice category for the modern public. The American countertenor has appeared with the world’s major opera companies and on its main concert and recital stages. He made history as the first countertenor to give a solo recital in the main auditorium of Carnegie Hall.
The Chicago Tribune has called Daniels “today's gold standard among countertenors.” Gramophone magazine acknowledged his contribution to recorded excellence as well as his expansion of the repertoire for his voice type by naming him one of the “Top Ten Trailblazers” in classical music today.

In the summer of 2011, Mr. Daniels will return to the Santa Fe Opera for his role debut as Roberto in Vivaldi’s Griselda, the work’s first major U.S. production by Peter Sellars, conducted by Grant Gershon. Highlights of concert engagements include a San Francisco Bay Area tour of Vivaldi’s Stabat Mater and arias from Giulio Cesare with the Philharmonia Baroque, conducted by Nicholas McGegan as well as a Carnegie Hall concert with soprano Dorothea Röschmann.

As much at home in recital as on the opera stage, David Daniels has won admiration for his performances of extensive concert and art song repertoire, including song literature of the 19th and 20th centuries not usually associated with his voice type. Following his Carnegie Hall recital debut in 2002, the New York Times reported, “There was a sense of occasion in the air, and he didn't disappoint. This was a compelling, even exhilarating recital, covering a wide range of bases in six distinctive sets.” Daniels has given recitals at London’s Wigmore Hall, New York’s Avery Fisher Hall, Alice Tully Hall and Walter Reade Theater at Lincoln Center; at Munich’s Prinzregententheater and Vienna’s Konzerthaus; in Barcelona’s Teatre del Liceu; at the Edinburgh, Tanglewood and Ravinia Festivals; as well as in Ann Arbor, Atlanta (Spivey Hall), Chicago, Lisbon, Toronto, Vancouver and Washington. His French recital debut was a sold-out performance at the Salle Gaveau in Paris.

Mr. Daniels was born in Spartanburg, South Carolina, the son of two singing teachers. He began to sing as a boy soprano, moving to tenor as his voice matured, and earned an undergraduate degree from the Cincinnati College-Conservatory of Music. Dissatisfied with his achievements as a tenor, David Daniels made the daring switch to the countertenor range during graduate studies at the University of Michigan with George Shirley.