The Russian viola virtuoso Yuri Bashmet – whose dark and aquiline good looks and long hair have led to his being called the Paganini of his age – is no ordinary classical musician. Most internationally acclaimed soloists reach their position through early dedication to their chosen instrument, followed by unending hours of practice. In Bashmet’s case, though, it was The Beatles who were the catalyst!

As a teenager, when learning the violin, he became totally absorbed in the music of The Beatles. He created his own pop band, with the result that he spent less and less time studying the violin. A friend suggested that he drop the violin in favour of the larger viola.

This programme shows Bashmet at home in Moscow. He is seen giving the Russian première of Monologue for Viola and String Orchesra by the Russian composer Alfred Schnittke and performing with the legendary pianist Sviatoslav Richter, in the Pushkin Museum. It also includes Bashmet discussions about social and musical issues with fellow artists, and improvising on the viola in his Moscow flat.

Bashmet is a man in demand. His string ensemble, the Moscow Soloists, quickly gained a reputation for exciting, fresh interpretations of works by Bach, Schubert and Tchaikovsky. The Soloists, who travel vast distances to attend rehearsals and concerts, are wholly devoted to their Director. In an echo of a former age, he is called by Soloist Matheus Weinzner, “Our master”. 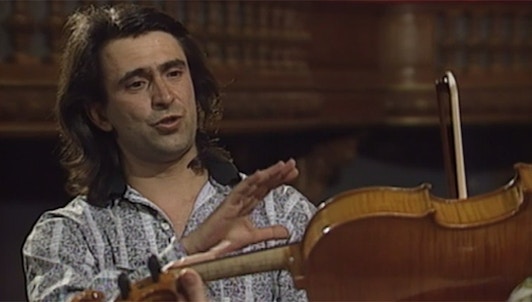 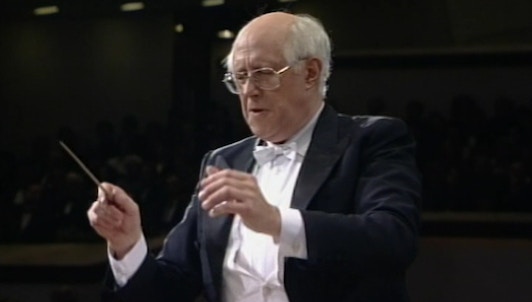 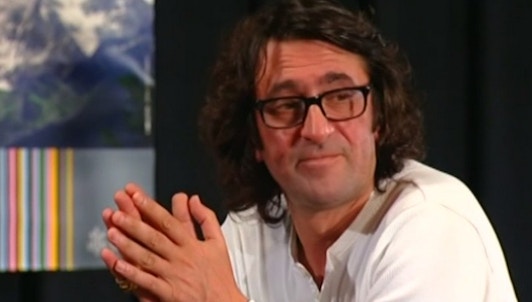