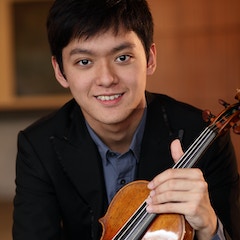 Studied music in Taiwan and continued at the Curtis Institute of Music in Philadelphia (USA) under Profs. Kavafian and Aaron Rosand. In 2009 he won the 10th Pablo Sarasate International Competition in Pamplona (Spain). In 2011 he won the Isang Yun Competition in Tongyeong (South Korea) and also was awarded a special prize at the XIV International Tchaikovsky Competition (as best of those in Round II who did not make the finals). In 2012 he took fifth place in the Queen Elisabeth International Competition in Brussels. He has performed with the Philadelphia Orchestra, the National Orchestra of Belgium, and the symphony orchestras of Singapore, Taipei, and Navarra among others. He has given solo concerts in cities in the USA, Europe and Asia. His début disc featuring music by French composers was released by Naxos. 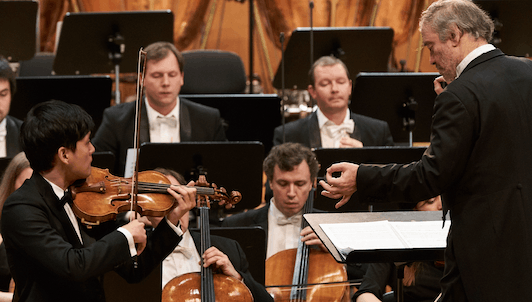