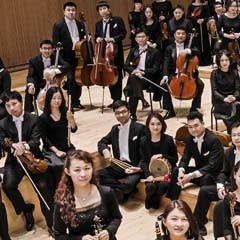 Shanghai Symphony Orchestra is the earliest and best known ensemble of its kind in Asia. It is a keeper of Western orchestral traditions in China and a passionate champion of Chinese new music. Since the 1970s, the Shanghai Symphony Orchestra has been touring extensively abroad. In 1990, the orchestra made its debut at Carnegie Hall in New York; in 2003, it performed in 11 cities in the US; in 2004, it toured Europe to celebrate the Sino-French Cultural Year. In 2005 SSO became the first Chinese orchestra to play in the Berliner Philharmonie; this historical performance marked the ensemble's 125th anniversary and enjoyed great success with the audience and the critics. In 2009 SSO came back to North America to open Carnegie Hall's Ancient Paths, Modern Voices festival of Chinese culture, which was followed by a highly successful coast-to-coast tour of the United States. In 2010 the orchestra became a cultural ambassador of the World Expo 2010 Shanghai and delivered a riveting performance to 100,000 New Yorkers on the Great Lawn of Central Park.

Originally known as the Shanghai Public Band, it developed into an orchestra in 1907, and was renamed the Shanghai Municipal Council Symphony Orchestra in 1922. Notably under the baton of the Italian conductor Mario Paci, the orchestra promoted Western music and trained Chinese young talents very early on in China, and introduced the first Chinese orchestral work to the audience. It is hence reputed as the "the best in the Far East." The history of Shanghai Symphony Orchestra may be referred as the history of China's symphonic music development.

Spanning three different centuries, the Shanghai Symphony has now embraced a new era; it has held over ten thousand concerts, including premiere performances of several thousand musical works, and has collaborated with many guest artists (conductors, soloists and vocalists) of world renown. The orchestra has gained a reputation as the most authoritative explainer of Chinese symphonic compositions while promoting them with every possible endeavor. The Shanghai Symphony has become increasingly influential both at home and abroad, after most recently completing the audio and video recordings of such excellent music as: Zhu Jian'er's Symphonies, Tan Duns multimedia concerto The Map, and music for the prize-winning film (Oscar and Grammy Awards) Crouching Tiger, Hidden Dragon. 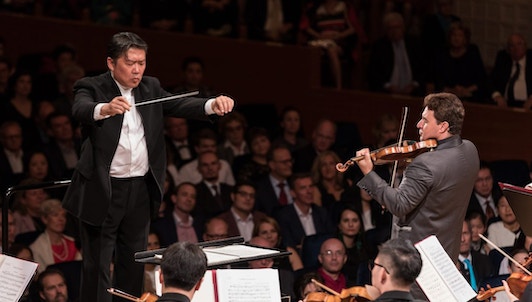