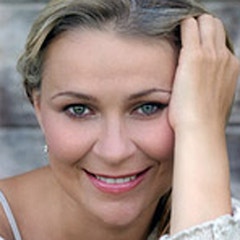 Among the most renowned of her generation, Ruxandra Donose has captured critical and popular acclaim in leading opera houses and concert halls around the world. Her voice has been described as an "incredibly exciting, flowing mezzo-soprano, which has no breaks and a flawless timbre." Her expressive vocalism, thoughtful musicianship, and elegant stage presence allow her to pursue an extensive operatic and orchestral repertoire. Beginning with the Vienna State Opera, engagements led her all over the world, from the Royal Opera House Covent Garden in London to the Metropolitan Opera New York, from San Francisco Opera to The Opera National de Paris, Berlin, Los Angeles, Munich Madrid or Tokyo, working with conductors such Claudio Abbado, Sergiu Celibidache, Seiji Osawa, Zubin Mehta, Sir Colin Davis, Charles Dutoit, Christoph von Dohnany, Mariss Jansson, Donald Runnicles, Vladimir Jurowsky, Pierre Boulez and many others.

Ruxandra Donose begins the 2011/12 season as Dorabella in Così fan tutte at Los Angeles Opera. She then appears as Tamiri in a new production of Vivaldi´s Il Farnace in Paris, Lausanne, Strasbourg and Mulhouse and as Charlotte in Werther at Romanian National Opera. An important highlight of this season is the return to Royal Opera House, Covent Garden in one of her signature roles, Donna Elvira in Mozart´s Don Giovanni. On the concert platform she appears in her native Romania with the National Radio Orchestra for a performance of Mahler´s Das Lied von der Erde. British audiences see Ms. Donose debut with BBC Symphony Orchestra in Glasgow and Aberdeen with Berlioz´s Le Mort du Cleopratre and in London at Southbank Centre, Royal Festival Hall with London Philharmonic Orchestra in a performance of Rossini´s Stabat Mater under the baton of Yannik Nézet-Séguin.

Last season she appeared at Deutsche Oper Belin as Donna Elvira in a new production of Don Giovanni and as The Composer in Ariadne auf Naxos. She continued her series of German appearances with the role Octavian in Der Rosenkavalier at Bayerische Staatsoper in Munich and in Bremen for the Mozart Rossini Gala during the Bremen Musikfest. Other highlights included a new production of La Cenerentola at Nice Opera and appearances in Vienna with Rossini´s "Stabat Mater” with Anna Netrebko, Amsterdam, Bucharest, Varna and Las Palmas Festival.

Recent successes include Angelina at the Glyndebourne Festival, Concepción in Ravel´s L'heure espagnole and Charlotte in Werther at the Royal Opera, Covent Garden, Nicklausse at the Metropolitan in New York and Carmen at Cincinatti Opera. She appeared in concert with Dimiti Hvorostovsky at the Singapore Sun Festival before returning to Europe for a recital at the Gr*#252;newald Hall in Stockholm, and garnered high acclaim for performances of Elena La Donna del Lago at the Deutsche Opera, Berlin, under the baton of Alberto Zedda. A regular guest singer of Deutsche Oper Berlin she recently appeared here to great success in productions of La Cenerentola, Werther, Idomoneo, Der Rosenkavalier and Ariadne auf Naxos. She participated in concert performances of La Damnation de Faust with Symphonieorchester des Bayerischen Rundfunks in Munich, Tokyo, San Francisco, London, Amsterdam and appeared in concert with Anna Netrebko in Moscow. 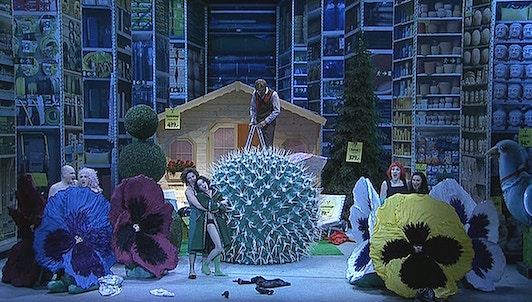