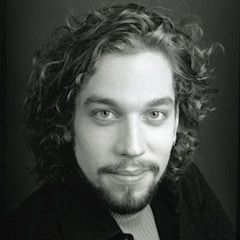 Canadian bass-baritone Robert Gleadow has continued to make his mark on the operatic and concert stages around the world since his graduation from the Jette Parker Young Artists program of the Royal Opera, Covent Garden and the Canadian Opera Company Ensemble Studio. Mr. Gleadow’s performances at Houston Grand Opera as Talbot in Donizetti’s Maria Stuarda alongside Joyce DiDonato and under the baton of Patrick Summers were characterized as “never lacking conviction or genuine concern” and it was noted that “his plangent bass rang out with a sonic boom.”

The bass-baritone’s 2013-2014 season includes a return to Houston Grand Opera in the roles of King of Egypt in Aida and Zuniga in a Rob Ashford directed production of Carmen alongside soprano Ana María Martínez. Mr. Gleadow also appears in Canadian Opera Company’s production of Così fan tutte singing the role of Guglielmo directed by Atom Egoyan. On the concert stage, he will embark on a multi-city European tour performing the role of Rocco in Beethoven’s Fidelio with Le Cercle de L’harmonie conducted by Jérémie Rhorer.

Highlights of Mr. Gledow’s most recent season were a return to the Canadian Opera Company for performances as Ein Steuermann in Peter Sellars production of Tristan und Isolde with Jiří Bělohlávek conducting, as Publio in La clemenza di Tito in the Christopher Alden production, and as the Old Gypsy in their production of Il Trovatore alongside Ramón Vargas with Marco Guidarini conducting. He also returned to the Théâtre des Champs-Elysées as Leporello in Don Giovanni, and made a concert debut with the Baltimore Symphony in Mozart’s Requiem Mass.

Operatic highlights of past seasons include Houston Grand Opera performances as Talbot in Maria Stuarda, Truffaldino in John Cox’s Ariadne auf Naxos and as Angelotti in Tosca; Figaro in Opéra de Montréal’s Le nozze di Figaro; Leporello in Deutsche Oper Berlin’s production of Don Giovanni; a debut at Glyndebourne Opera as Guglielmo in Così Fan Tutte along with a return to the company as Leporello in a tour of Don Giovanni, debut singing Colline in Santiago di Chile, a Dallas Opera debut as Colline in La Bohème, participation in a Peter Sellars production of Tristan und Isolde for L’Opéra de la Bastille under the baton of Semyon Bychkov, an appearance with Opéra de Lille in Rameau’s Dardanus, Don Giovanni at the Royal Opera House at Covent Garden and a return to the Canadian Opera Company as the Sprecher in Die Zauberflöte, Colline in La Bohème and Theseus in A Midsummer Night’s Dream.

Notable highlights on the concert stage include a performance in Paris alongside Natalie Dessay in J.S. Bach’s Christmas Oratorio, a European tour with the Orchestre d'Astree under the baton of Emmanuelle Haïm, the St. Matthew Passion and Mozart's C minor Mass with the Halle Orchestra conducted by Mark Elder, the Mozart Requiem with Ensemble Mattheus conducted by Jean-Christophe Spinosi and a performance in the star-studded gala celebrating the inauguration of the new hall at the Royal Conservatory of Music.

In the studio, Gleadow recorded the role of Lorenzo in I Capuletti e Montechi for Deutsche Grammophon with Anna Netrebko