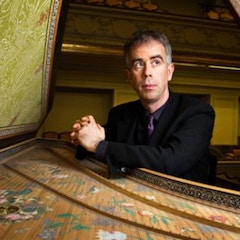 The French harpsichordist, Pierre Hantaï, became passionately attached to the music of Bach around the age of ten. Thanks to the influence of Gustav Leonhardt, he began to study the harpsichord, alone at first, then guided by the American teacher Arthur Haas. He gave his first concerts at an early age, alone or with his brothers Marc and Jérôme. He then spent two years studying in Amsterdam with Gustav Leonhardt, who subsequently invited him to perform under his direction. In 1983 Hantaï scored his first major triumph through taking first prize at the International Bach-Handel Competition of Bruges in Belgium; since then, Hantaï has collected an impressive number of honors and awards.

In 1985 Pierre Hantaï founded the chamber group Le Concert Français with his brothers Marc Hantaï and Jérome Hantaï and violinist François Fernandez. At the same time, he became a regular member of La Petite Bande, a period instrument orchestra led by Sigiswald Kuijken. He has also worked extensively with conductors Philippe Herreweghe and his former teacher Gustav Leonhardt. In those years he also collaborated with many other musicians and directors of ensembles, among them François Fernandez, Marc Minkowski, and Philippe Pierlot.

Nowadays Pierre Hantaï mostly performs as a soloist around the world. He often appears as a guest with Jordi Savall, and he also enjoys being reunited with his brothers and such friends as Hugo Reyne, Sébastien Marq, Skip Sempé, Olivier Fortin, Christophe Coin and Jean-Guihen Queyras to play chamber music.

On his own, Pierre Hantaï's recordings of works of J.S. Bach have garnered him special praise from critics, in particular his two recordings of the Goldberg Variations (BWV 988) (made in 1992 and 2002, respectively), a work he has played more than any other from childhood onwards. His extensive discography includes two recent recordings for Mirare: the first book of J.S. Bach’s Well-Tempered Clavier, and the first volume of his projected traversal of the works of Domenico Scarlatti. He also specializes in 17th century English keyboard music. 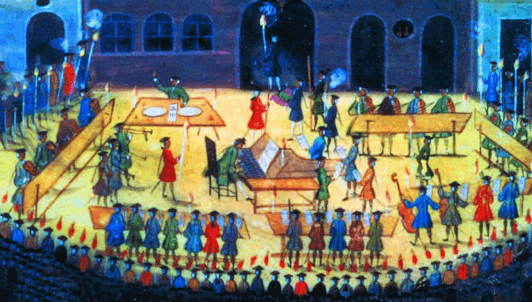