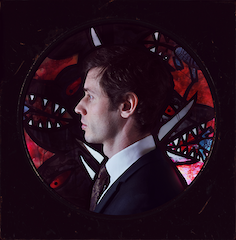 Maxime Pascal is a passionate advocate for French, twentieth-century and new music, and makes it one of the foundations of his musical collaborations. In his operatic work, this has led him to creating Salvatore Sciarrino’s Te vedo, ti sento, mi perdo at La Scala in 2017, which he later took to Staatsoper Berlin. In 2019 he performed Luca Francesconi’s Quartett with Teatro alla Scala, his third collaboration with the opera house. He continues the exploration of Stockhausen’s Licht cycle and will present a new production of Dienstag aus Licht at Philharmonie de Paris in autumn 2020. In 2021, he will premiere a new opera in Paris and Lille by Arthur Lavandier, titled Au Coeur de l ocean, and he will return to Japan to conduct Alban Berg’s Lulu.

Maxime also explores his French heritage in his opera work, collaborating with Opéra de Paris on multiple occasions to perform works such as Daphnis et Chloé, Boléro, L’heure espagnole and Gianni Schicchi. In Europe, he conducted Debussy’s Pelléas et Mélisande at Malmö Opera in 2016, and made his hugely successful BBC Proms debut in 2019 in Berlioz’s L’Enfance du Christ with the Hallé, Britten Sinfonia Voices and Genesis Sixteen. In the same season Maxime conducted a Debussy/ Stravinsky programme with the Simon Bolivar Youth Orchestra in Caracas, and in the coming year he will conduct Messaien’s Turangalila with the SWR Orchestra, in collaboration with Hamburg Ballet.

As a founding member of the multi-faceted artistic group Le Balcon, Maxime has developed together with his colleagues a unique vision of the musical performance as a striking and radical experience for the public. Performing a wide range of repertoire, Le Balcon integrates music with advanced sound and lighting systems, in exciting and compelling musical experiences. Their projects so far have included Ariadne auf Naxos, staged by Benjamin Lazar; a video spectacle on Pierrot Lunaire created by the Colombian artist Nieto; and Stockhausen’s Donnerstag Aus Licht at London’s Southbank Centre in 2019. This led to a seven-year collaboration with Philharmonie de Paris where the ensemble will perform Stockhausen’s whole Licht cycle, staging one opera per year, most recently Samstag in June 2019. Maxime and Le Balcon offer unique programmes such as Boulez/ Gesualdo/ Grisey, or Mahler’s Das lied von der Erde. Both have been performed and streamed during the lockdown period where Le Balcon have remained very active. Alongside operatic engagements, Maxime is establishing himself as a leading symphonic conductor. In Italy, recent concerts include performances with Orchestra Sinfonica Nazionale della RAI with pianist Beatrice Rana, Orchestra Sinfonica Siciliana, Orchestra Sinfonica e Coro Sinfonico di Milano Giuseppe Verdi and Orchestra del Teatro Regio; in Scandinavia, Malmö Opera, Norrkoping SO, Helsingborg SO and Gothenburg SO; and in his native France, with Orchestre National Bordeaux Aquitaine, Orchestre National de Lille and Orchestre Philharmonique de Radio France. In Japan, he frequently works with Ensemble Kanazawa, Tokyo Symphony Orchestra and the Tokyo Philharmonic. Maxime Pascal and Le Balcon have collaborated with

Maxime Pascal and Le Balcon have been residents at the Singer-Polignac Foundation from 2010, and he is now Associated Artist to the Foundation as well as Artistic Adviser. In November 2011 the Academy of Fine Arts at the French Institute awarded him the Music Prize of the Simone and Cino del Duca Foundation. He was the first Frenchman to win the Nestlé and Salzburg Festival Young Conductors Award in March 2014. 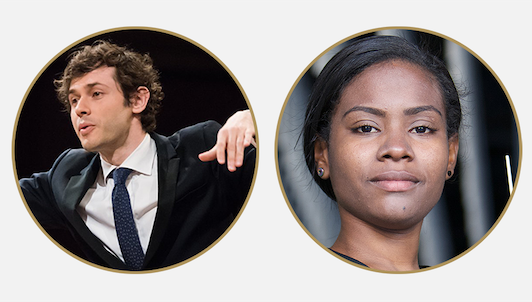 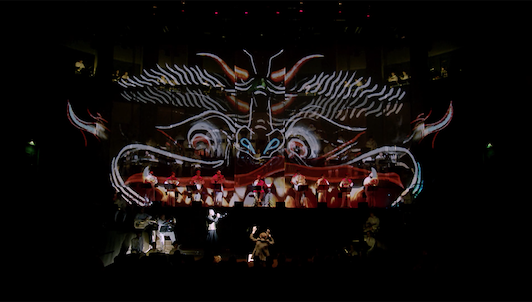 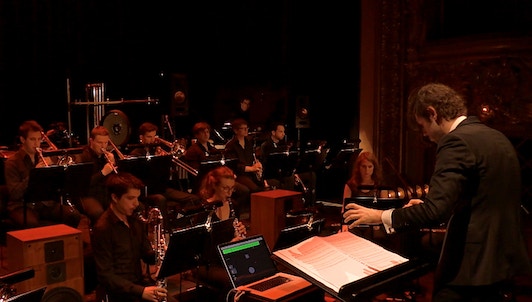 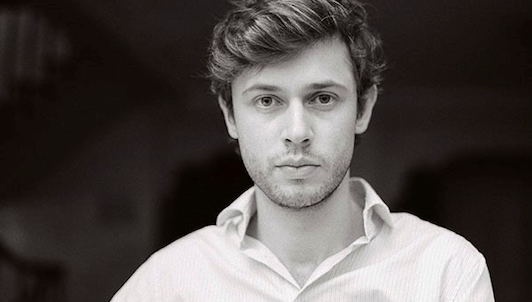