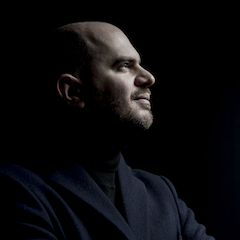 Russian pianist Kirill Gerstein has quickly proven to be one of today’s most intriguing young musicians. His masterful technique, musical curiosity, and probing interpretations have led to explorations of classical music and jazz, advanced degrees by the age of 20, a professorship in piano by the age of 27, and a full performance schedule at the world’s major music centers and festivals. Highlights of Mr. Gerstein’s 2009-10 North American season include debuts with the Chicago Symphony Orchestra under Charles Dutoit, and with the Atlanta Symphony, Saint Paul Chamber Orchestra, and the Rochester Philharmonic; re-engagements with the Detroit, Houston, and Oregon Symphonies; and a tour with cellist Steven Isserlis that includes performances at the Kennedy Center and in San Francisco. Internationally, Mr. Gerstein appears with the NHK Symphony Orchestra and Dutoit in Tokyo, tours Switzerland with the State Academic Symphony Orchestra of Russia, and performs with Hanover’s NDR Orchestra in Austria and Italy.

His summer 2009 schedule included appearances at the Verbier, Aix-en-Provence, Delft, and Lucerne Festivals; a second performance with the Philadelphia Orchestra at the Saratoga Festival; and a return to Caracas with Gustavo Dudamel and the Simon Bolívar Youth Orchestra. Mr. Gerstein’s most recent engagements in North America include performances with the Los Angeles Philharmonic, National Arts Centre Orchestra in Ottawa, and the San Francisco, Baltimore, Dallas, Indianapolis, Vancouver, Oregon, and Utah Symphonies; the Philadelphia Orchestra at Mann Music Center; the Cleveland Orchestra at Blossom Music Festival and Chicago’s Grant Park Festival; and recitals in Boston, New York, Cincinnati, Detroit, Vancouver, Kansas City, Portland OR, and Washington’s Kennedy Center. Kirill Gerstein has worked with such prominent European orchestras as the Munich, Rotterdam, and Royal Philharmonics, the City of Birmingham Symphony Orchestra, Staatskapelle Dresden, Zurich’s Tonhalle, the Finnish and Swedish Radio Symphony Orchestras, WDR Symphony Orchestra Cologne, and the Deutsches Symphonie-Orchester Berlin.

He has also appeared in recital in Paris, Prague, Hamburg, London’s Wigmore and Queen Elizabeth Halls, and the Liszt Academy in Budapest. He made his Salzburg Festival debut playing solo and two-piano works with András Schiff in 2008. Born in 1979 in Voronezh, Russia, Mr. Gerstein attended one of the country’s special music schools for gifted children and taught himself to play jazz by listening to his parents’ extensive record collection. He came to the U.S. at 14 to continue his studies in jazz piano as the youngest student ever to attend Boston’s Berklee College of Music. However, he also continued working on the classical piano repertoire.

Following his second summer at the Boston University program at Tanglewood, he decided to focus mainly on classical music and moved to New York City to attend the Manhattan School of Music, where he studied with Solomon Mikowsky and earned Bachelors and Masters of Music degrees. He continued his studies with Dmitri Bashkirov in Madrid and Ferenc Rados in Budapest. Kirill Gerstein was awarded First Prize at the 2001 Arthur Rubinstein Piano Competition in Tel Aviv, received a 2002 Gilmore Young Artist Award, and was chosen as Carnegie Hall’s “Rising Star” for the 2005-06 season. He became an American citizen in 2003 and is currently a professor of piano at the Musikhochschule in Stuttgart. 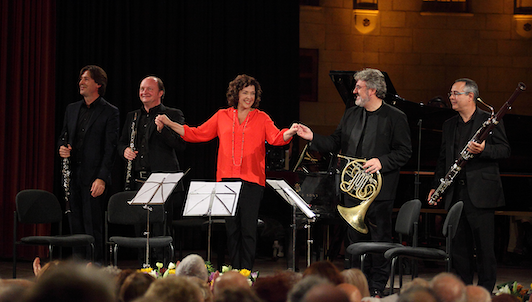 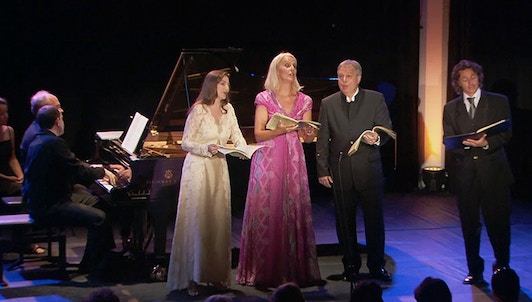