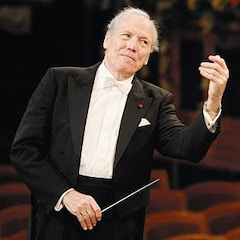 Georges Prêtre was born in Douai in Northern France and completed his musical studies at the Conservatoire National Supérieur in Paris. In 1946 he made his debut at Marseilles Opera aged 22.
From there, his engagements brought him via the Opéra Comique in Paris to the Paris Opera, the Metropolitan Opera in New York and to La Scala in Milan.

In 1970, Georges Prêtre became Music Director of the Paris Opera. He led the foremost European Orchestras: Vienna and Berlin Philharmonic, the big American and the London Orchestras, etc. In 1986 he was appointed Principal Guest Conductor of the Vienna Symphony Orchestra for a period of five years. During this period, he led several tours through Europe, Japan and the USA; today, he re-mains its Honorary Conductor on lifetime.

In July 1989 Georges Prêtre inaugurated the new Bastille Opera in Paris. He has been Honorary Conductor of the Stuttgart Radio Symphony Orchestra since 1995. During 1999, for the commemoration of Francis Poulenc’s 100th birthday, he conducted several programmes with works of this composer. In 2001, upon the 100th year of Giuseppe Verdi’s death he conducted various performances of the Verdi “Requiem”. In the same year he returned with an enormous success to conduct “Turandot” at the Scala in Milano.

Projects of the season 2008/09 included the new year’s concert at the Teatro La Fenice in Venice and I Pagliacci / Cavalleria Rusticana at Orange, as well as the return of Georges Prêtre to Vienna Philharmonic, Deutsches Symphonieorchester Berlin, Wiener Symphoniker, Orchestra Filarmonica della Scala, and Accademia Nazionale di Santa Cecilia.

After a tour with the Vienna Philharmonic in autumn 2009 he conducted the new year’s concert 2010. Further concerts 2010 will take place in Vienna with the Wiener Symphoniker, as well as in Rome with the Accademia Nazionale di Santa Cecilia.

Georges Prêtre is one of the few French artists to have received the highest decorations in France and abroad. He is Commander of the French Légion d’honneur and Chevalier des Palmes Académiques. In Austria, he has received the Austrian Cross for Services Rendered to Science and the Arts, 1st Class, as well as the Cross of Honour of the City of Salzburg. He also became Honorary Member of the Gesellschaft der Musikfreunde in Vienna.

Recently, he was designated to receive the highest decoration within the French “Légion d’Honneur” by the French president: the “Grand Officier de la Légion d’Honneur”. Further, he became Honory Member of the Vienna Philharmonic and the Orchestra Filarmonica della Scala awarded him the title “Socio onorario”. 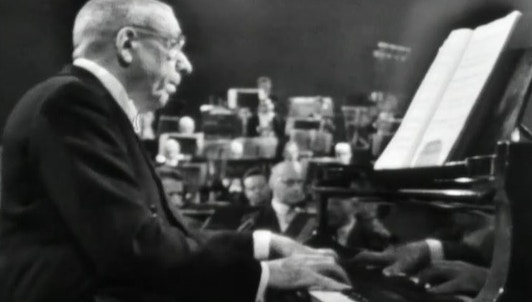 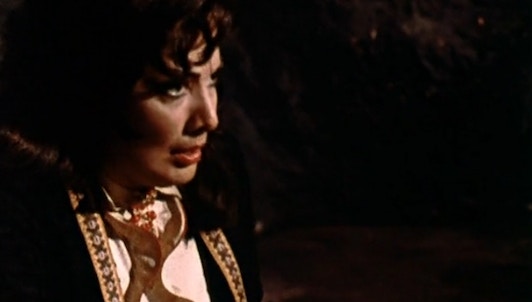 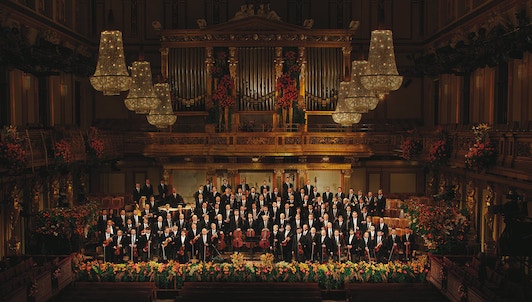