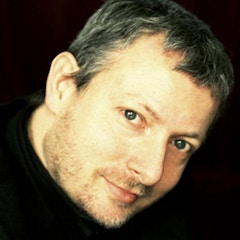 Violinist and conductor, Fabio Biondi is a musician most renowned for his interpretation of the Italian baroque repertoire. Born in Palermo in 1961, he was to begin his classical music tuition as a child. He quickly became passionate about former repertoires. At the early age of sixteen, his capacity as a virtuoso was so appreciated that he was invited to play the Bach concertos at the Musikverein. Encouraged by his success, Fabio Biondi chose to turn his attention to the baroque violin. He collaborated with various conductors specialised in baroque like Marc Minkowski, Philippe Herreweghe and Jordi Savall. His first experiences led him to found his own ensemble in 1990, Europa Galante, which comprised around twelve instrumentalists conducted by the violinist from his front desk.

The ensemble concentrated from the start on the Italian baroque repertoire and made its first recordings. For each of his interpretations as either soloist or conductor, Fabio Biondi returns to the music’s origins while retaining freedom of expression and imagination. Far from confining himself to the baroque era, Fabio Biondi has expanded his repertoire right up to the Romantic masterpieces.

Fabio Biondi has acquired an international reputation equally as soloist, chamber musician and conductor. He performs with his ensemble in the greatest concert halls and opera houses in the world, from La Scala in Milan to the Lincoln Centre in New York accompanied by his exceptional instrument, a 17th century Guarneri de Cremona. A versatile musician, Fabio Biondi has progressively enlarged his conducting activities outside the Europa Galane and been guest conductor of numerous orchestras including the Nice Opera Orchestra, Zurich Chamber Orchestra and the Mahler Chamber Orchestra. 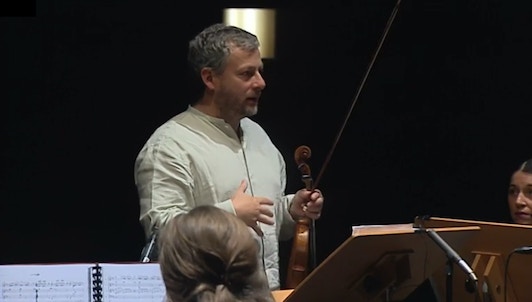 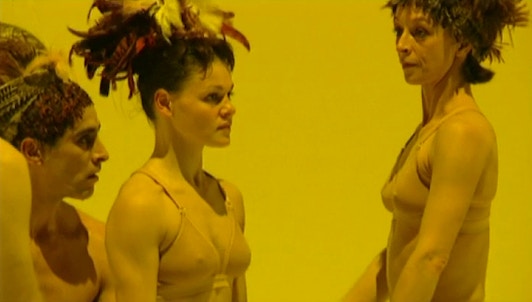