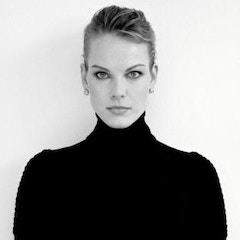 Elīna Garanča was born in Riga in 1976 into a musical family. In 1996 she entered the Latvian Academy of Music in Riga. One of her most formative experiences came in 1998 while she was still a student: with only ten days’ notice, she performed the role of Giovanna Seymour in Anna Bolena and uncovered a deep affinity with the bel canto repertoire. After graduation she joined the Meiningen Staatstheater in Germany where she appeared in roles including Octavian in Der Rosenkavalier. In 1999 she also sang the role of Maddalena in Verdi’s Rigoletto at the Savonlinna Opera Festival and won the Mirjam Helin Singing Competition in Finland. She has since appeared at the world’s major opera houses and concert venues and established herself as one of the music world’s newest stars thanks to her beautiful voice, musicianship and compelling stage portrayals. In 2006 she received the European Culture Prize during a gala at the Semper Opera in Dresden which was broadcast on German television.

2000
Wins the Latvian Great Music Award. Moves to the Frankfurt Opera where roles in her first seasons include the Second Lady in Die Zauberflöte, Hansel in Hänsel und Gretel, and Rosina in Il barbiere di Siviglia.

2001
Finalist in the BBC’s Cardiff Singer of the World Competition. Makes her solo recording debut: a programme of opera arias.

2003
At the Vienna State Opera: Lola in Cavalleria rusticana, Orlofsky in Die Fledermaus, Meg Page in a new production of Falstaff, and Rosina in Il barbiere di Siviglia. Salzburg Festival debut as Annio in La clemenza di Tito. Sings Dorabella in Così fan tutte in Frankfurt. Appears as Rosina and as soloist in the Stabat Mater at the Helsinki Opera’s Rossini Festival. Nicklausse and the Muse in Les Contes d’Hoffmann in Tokyo. Guest appearance for Deutsche Grammophon when she joins Anna Netrebko in a scene and cavatina from Lucia di Lammermoor on Netrebko’s debut album Opera Arias.

2004
Dorabella, Meg and Rosina at the Vienna State Opera. Dorabella at the Salzburg Festival. Bellini’s Adalgisa (with Edita Gruberova as Norma) at Baden-Baden. Rossini’s Cenerentola in Paris at the Théâtre des Champs-Élysées. Performs Alban Berg’s Seven Early Songs under Philippe Jordan at the Vienna Konzerthaus.

2005
At the Vienna State Opera: debut as Charlotte in Werther, Rosina and Meg Page. Dora bella at Aix-en-Provence and for her debut at the Paris Opéra-Palais Garnier. Concerts in Lucerne and Graz

2006
Triumphs as Octavian at the Vienna State Opera and as Sesto in La clemenza di Tito at Vienna’s Theater an der Wien. Further performances as Octavian, Rosina, Cherubino, Dorabella, Sesto and Charlotte in Vienna; Sesto in Paris. Two concerts of Mozart arias with Sir Roger Norrington and one of Mozart’s sacred music with Riccardo Muti at the Salzburg Festival; Beethoven’s Missa solemnis with the Orchestre national de France under Kurt Masur. Recitals at the Hohenems Schubertiade. Appears on The Mozart Album in all-new recordings of Mozart arias sung by Deutsche Grammophon’s star singers including Anna Netrebko, Thomas Quasthoff, René Pape and Bryn Terfel, and released to tie in with the opening of the Salzburg Festival.

2007
Elīna Garanča’s opera appearances include Rosina, Cherubino, Dorabella, Octavian, Char­lotte and Adalgisa at the Vienna State Opera; debut performance at the Berlin State Opera as Sesto; debut performance at London’s Royal Opera House, Covent Garden in the role of Dorabella; role debut as Carmen at the Latvian National Opera in her native Riga. Elīna Garanča goes on tour with the Concertgebouw Orchestra under Mariss Jansons singing Berio’s Folk Songs in Amsterdam, London, Paris and Vienna. Elīna Garanča appears in three gala concerts with Anna Netrebko, Ramón Vargas, Ludovic Tézier, and the SWR Symphony Orchestra under Marco Armiliato, the third of which is broadcast on German television to an audience of over two million and recorded live for audio and video release (The Opera Gala – Live from Baden-Baden). Her first solo recording for Deutsche Grammophon, Aria cantilena, with highlights from some of her celebrated operatic roles accompanied by the Dresden Staatskapelle under Fabio Luisi, is released to great critical acclaim (Echo Award 2007); the release is supported by a German tour with this repertoire together with the Munich Symphony Orchestra under Heiko Mathias Förster. Elīna Garanča is awarded the Three-Star Order by the Latvian State.

2008
The year begins with Garanča’s sensational Met debut as Rosina in Il barbiere di Siviglia. She gives her role debut as Romeo in concert performances of Bellini’s I Capuleti e i Montecchi in Riga, Latvia and repeats the role in Vienna alongside Anna Netrebko, with the Vienna Symphony Orchestra under Fabio Luisi (recorded by Deutsche Grammophon for release in 2009). She sings Octavian at the Deutsche Oper in Berlin, Adalgisa at her debut in Munich’s Bavarian State Opera where she also appears as Charlotte, and makes her role and house debuts as Marguerite in Berlioz’s La Damnation de Faust in Geneva’s Grand Théâtre. Concerts include Mahler’s Third Symphony at the Vienna Musikverein, Berio’s Folk Songs with the Berliner Philharmoniker under Mariss Jansons at the Philhar­monie, and Berlioz’s Les Nuits d’été with the Wiener Philharmoniker led by Mariss Jansons at the Salzburg Festival. She also gives a solo concert at the Opera Festival in St. Margarethen, Austria, and participates in the “Weltstars der Oper” (Opera Stars of the World) concert in the Austrian stadium Hohe Warte, in a gala concert at the Instanbul Inter­national Festival, and gives several performances at the Festival del Sole in Napa, USA. The year closes with a Christmas concert with the Concertgebouw in Amsterdam, and a New Year’s Concert in Baden-Baden. Garanča follows up her successful solo recording with Bel Canto, a collection of arias and ensembles, which is scheduled for release at the end of the year.

2009
Engagements already include Octavian in Der Rosenkavalier at the Vienna State Opera, Romeo in Bellini’s I Capuleti e i Montecchi and Carmen at Covent Garden, Angelina in Rossini’s La Cenerentola at the Met, and Charlotte in Massenet’s Werther in Vienna and Baden-Baden with Rolando Villazón. In January she goes on a European tour with the Basle Chamber Orchestra 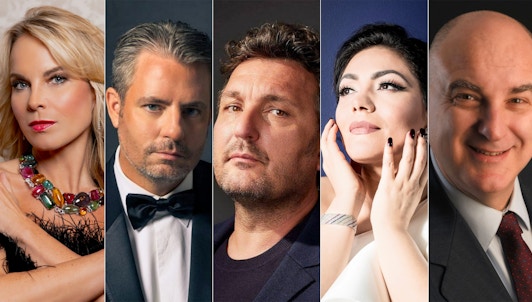 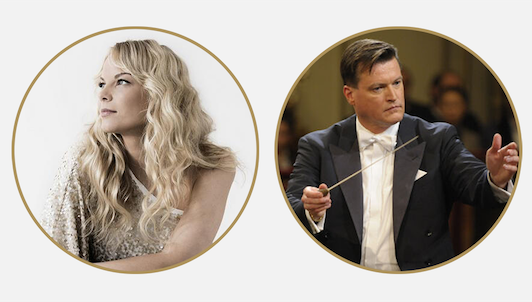 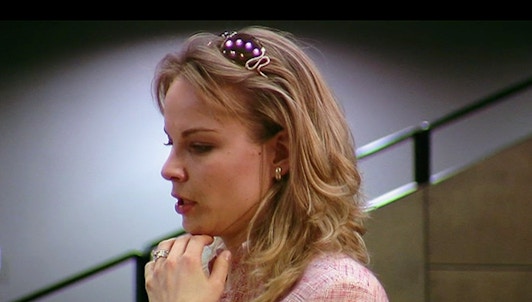