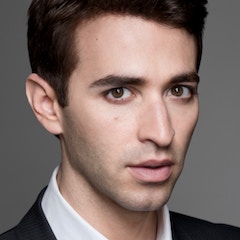 Countertenor Anthony Roth Costanzo continues to build his reputation as one of the rising stars of the next generation of singers.

The season, Mr. Costanzo make his debuts at the Metropolitan Opera in Rodelinda and in the company’s new Baroque opera pastiche, The Enchanted Island and at the Canadian Opera Company in Semele. He recently made his debuts at the Boston Lyric Opera as Ottone in Agrippina, the Palm Beach Opera as the title role in Orfeo ed Euridice, and the Opera Company of Philadelphia in the US premiere of Henze’s Phaedre.

Mr. Constanzo’s other opera engagements have included the title role in Tolomeo, the Sorceress in Purcell’s Dido and Aenea and Nireno in Handel’s Giulio Cesare in Egitto at the Glimmerglass Opera, Armindo in Partenope at the New York City Opera, a guest appearance as Oberon in Britten’s A Midsummer Night’s Dream with the Seattle Opera’s Young Artists Program, the First Witch and the Second Woman in Dido and Aeneas at the Spoleto Festival USA, Cherubino in Mozart’s Le Nozze di Figaro with the Santa Barbara Opera Company, and the title role in Manhattan School of Music’s main stage production of Lucas Foss’ Griffelkin. In 1994, he performed in Amahl and the Night Visitors at Lincoln Center and with the Opera Company of North Carolina, made a critically acclaimed debut with the New Jersey Opera Festival as Miles in Britten’s The Turn of the Screw, and appeared with Luciano Pavarotti in Philadelphia at the Academy of Music’s Opera Extravaganza.

On the concert and recital platforms, Mr. Costanzo most recently appeared as Prince Go-Go in Ligeti’s Le Grand Macabre with the New York Philharmonic, and sang Handel’s Messiah with the Cleveland Orchestra and in Carnegie Hall. He has been a featured soloist with the orchestras of Indianapolis, Alabama, Detroit, Denver, Seattle, and was the soloist in the premiere of John Corigliano's A Dylan Thomas Trilogy with the National Symphony Orchestra at both the Kennedy Center and Carnegie Hall. He has sung Debussy’s Ariettes Oubliées in a theater piece at the Guggenheim Museum in New York, performed Stefan Weisman’s From Frankenstein at Merkin Concert Hall, and premiered composer Gregory Spears’s hour-long piece 6 Owen Songs. Additional New York City appearances include Handel’s Messiah at Carnegie Hall, performances at the Asia Society, Simon Hammerstein’s The Box and at prominent art gallery Deitch Projects. Internationally, Mr. Costanzo has performed the title role in Balletto Teatro di Torino’s ballet Caravaggio with original music by Giovanni Sollima and toured Italy as the Master of Ceremonies in Karole Armitage's Casanova.

Mr. Costanzo began performing professionally at the age of 11 when he appeared in the Broadway touring production of Falsettos. He continued to work for several years in musical theater, touring in The Sound of Music and appearing on Broadway in the Paramount Theater production of A Christmas Carol. He made his film debut in the role of Francis in the Merchant Ivory film, A Soldier's Daughter Never Cries, earning international critical acclaim as well as a nomination for Best Debut Performance from the Independent Spirit Awards. He also appeared as Simon in Brice Cauvin’s film De Particulier à Particulier and can be heard singing in M Blash’s film Lying, and James Ivory’s film The City of Your Final Destination.

While studying at Princeton University, Mr. Costanzo co-wrote, produced and starred in a narrative pasticcio about the life of a fictional 18th-Century Castrato entitled The Double Life of Zefirino. The work was directed by Karole Armitage, with costumes by James Ivory and sets by Andrea Branzi. A documentary about the creation of the piece was directed by filmmaker Gerardo Puglia and was subsequently selected for the Cannes Film Festival and qualified for an Academy Award. It will air on PBS in the near future.

Among the many prizes Anthony Roth Costanzo has received, he was awarded first prize at the 2012 Operalia Competition in Beijing (Plácido Domingo's singing competition). Mr. Costanzo was recently named one of the winners of a 2010 George London Foundation Award, a 2010 Richard Tucker Career Grant, and First Place and Audience Choice winner of the 2010 Eleanor McCollum Competition for Young Singers. In 2009 he was of the winners of the Grand Finals of the Metropolitan Opera National Council Auditions. Other recent awards include the Sullivan Foundation Award , a grant from the GiulioGari Foundation, encouragement awards the George London Foundation Competition, the Jensen Foundation, and the Mario Lanza Foundation, and First Place winner in the National Opera Association Vocal Competition, Vocal Division. He also has the honor of being the first countertenor ever to win First Place in the Opera Index Competition. 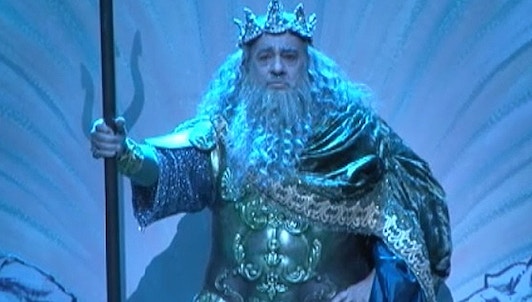 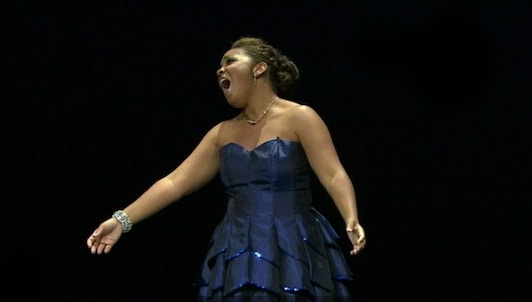