medici.tv launches "I love New York Philharmonic", an exclusive five-day festival celebrating one of the world's leading orchestras! Be there on Sunday!

Starting October 27, medici.tv presents "I love New York Philharmonic", a five-day festival with webcasts of acclaimed special events, kicking off with a previously "unseen" concert film. This concert – available for viewing on October 27 and then for replay until November 3 (as with all the week’s webcasts) – features music director Alan Gilbert leading his New Yorkers in A Dancer’s Dream, an acclaimed theatrical, multimedia performance of Stravinsky’s Petrushka and The Fairy’s Kiss from this past summer. Of the event, The New York Times said: "This is the third collaboration between Mr. Gilbert and Doug Fitch, who, with the video director Edouard Getaz, are founders of the production company Giants Are Small, which combines puppetry and video. The first project was the Philharmonic’s staging of Ligeti’s apocalyptic opera, Le Grande Macabre, in 2010. The following year they collaborated on a production of Janáček's The Cunning Little Vixen. These programs were not just high points in Mr. Gilbert’s tenure as music director of the Philharmonic, but inspiring examples of how an American orchestra can take a creative leap and reinvent itself."

The "I love New York Philharmonic" festival on medici.tv continues on October 28 with Stockhausen’s Gruppen from 2012’s Philharmonic 360 event at New York’s Park Avenue Armory. The performance sees three conductors – Alan Gilbert, Magnus Lindberg and Matthias Pintscher – leading subsets of the Philharmonic in Stockhausen’s spatial, multi-orchestra landmark. The New York Times said: "Those who think classical music needs some shaking up routinely challenge music directors at major orchestras to think outside the box. That is precisely what Alan Gilbert did at the Park Avenue Armory… The audience broke into prolonged applause and cheers."

On October 29, rediscover the New York Philharmonic's historic 2008 concert in Pyongyang, North Korea. Conducted by Maestro Lorin Maazel, the performance includes Dvořák's Symphony No. 9, "From the New World", as well as works by Gershwin and Bernstein. The concert led The Economist to say: "For at least 90 minutes in a theater in Pyongyang, it was possible [...] to believe that 55 years of cold-war hostility were coming to an end."

On October 30, it’s the New York Philharmonic’s Chinese New Year concert from 2013 and a special appearance by Lang Lang from 2012. Led by conductor Long Yu, the program features traditional Chinese music as well as a performance of Liszt’s Piano Concerto No. 1 by Lang Lang, who brought to the work "all the steely athleticism and flagrant showmanship it warrants," according to The New York Times. The program also includes Mahler’s "Der Einsame im Herbst" from Das Lied von der Erde, with mezzo-soprano Jennifer Johnson Cano.

On October 31, the final webcast of the "I love New York Philharmonic" festival on medici.tv presents the spectacular performance of Magnus Lindberg’s Kraft from May in Germany. Alan Gilbert led a performance of the Finnish composer’s site-specific work at Volkswagen’s Transparent Factory in Dresden, with Lindberg himself at the piano. It was Gilbert and the Philharmonic who gave Kraft its New York premiere in 2010, during Lindberg’s tenure as the orchestra’s composer-in-residence. Gilbert said: "Kraft is one of Magnus Lindberg’s most important and influential works." The New York Times agreed, adding: "This lurching, intricate and sonically wondrous half-hour work was fascinating to hear and fun to watch." The program also includes Christopher Rouse’s Prospero’s Rooms.

All programs will be available until November 3. 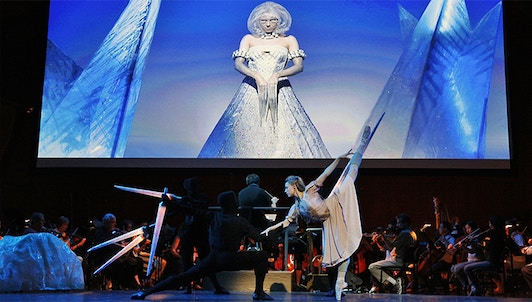 Alan Gilbert and the New York Philharmonic: A Dancer's Dream

Stravinsky's The Fairy's Kiss and Petrushka 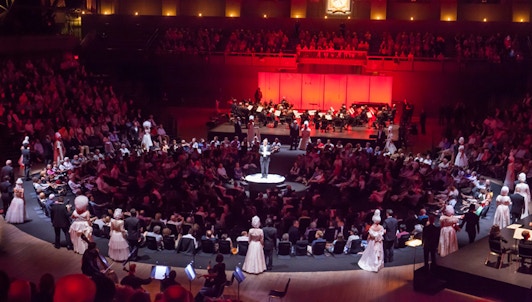 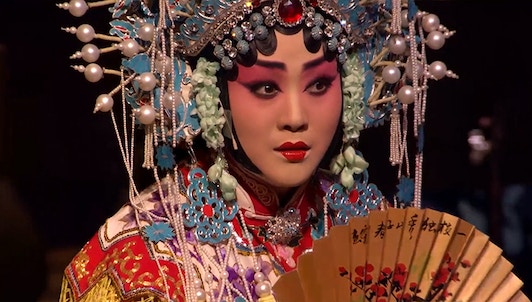