These concerts, which both took place in London in 1965 and 1974 respectively, show one of the best singers in history, without any doubt. Recently unearthed by the BBC from the Reelin in the Years Archives, they show the longevity and class of a musician whose voice could match any horn in any jazz band in the world. Ella was in her 40s and 50s when she gave these performances, the latter of which taking place at the famous Ronnie Scott's venue in London. For both she was accompanied by small ensembles led by Tommy Flanagan (the pianist who accompanied John Coltrane on his famous "Giant Steps" recordings).

The repertoire is classic, including music by Gershwin, Cole Porter, Johnny Mercer, Duke Ellington and Count Basie. Between well known pieces like "Take the A Train," "Misty," "Cheek to Cheek," "St. Louis Blues" and "Something's Gotta Give," she demonstrates the purity, power, character, vulnerability and poise of a singer who set the bar for everyone who has followed since. She scats, jokes with the audience and alchemizes all emotions – it is impossible not to fall into platitudes when trying to describe her. 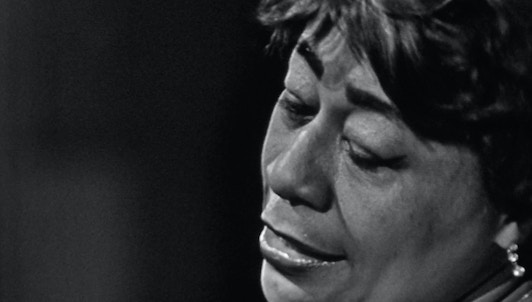 Ella Fitzgerald and Oscar Peterson Live at the Olympia 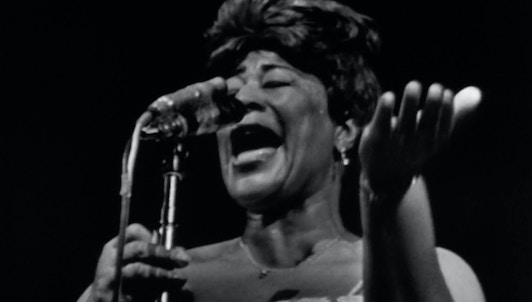 Ella Fitzgerald Live at the Olympia 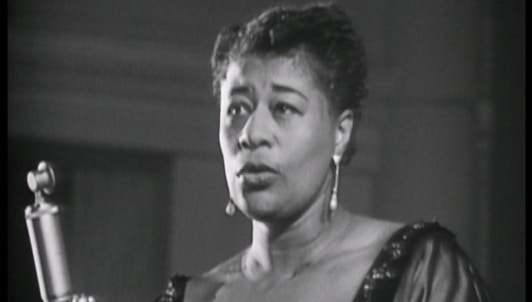 Ella Fitzgerald Live at the Palais des Beaux-Arts in Brussels

The Queen of Jazz sings “Angel Eyes”, “April In...