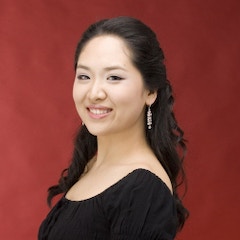 Zheeyoung Moon was born in Seoul, South Korea. A versatile artist, she studied piano performance, chamber music, and vocal accompaniment at the Hanns Eisler Conservatory in Berlin. She has performed in concert with the Luce Trio; as a soloist in Santander, Darmstadt, Torrelavega, and Comillas; as a chamber musician with Klaus Thunemannet; and with the International Ensemble Innorelatio Berlin, the Orquesta de Valencia, the Sendai Philharmonic Orchestra, and the Filarmonica “Mihail Jora” Bacau.