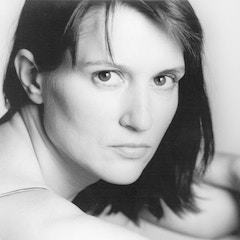 Viktoria Mullova studied at the Central Music School of Moscow and the Moscow Conservatoire. Her extraordinary talent captured international attention when she won the first prize at the 1980 Sibelius Competition in Helsinki and the Gold Medal at the Tchaikovsky Competition in 1982, which was followed, in 1983, by her dramatic and much publicized defection to the West. She has since then appeared with most of the world’s greatest orchestras and conductors and at the major international festivals. She is now known as a violinist of exceptional versatility and musical integrity. Her curiosity spans the breadth of musical development from baroque and classical right up to the most contemporary influences from the world of fusion and experimental music.

Her interest in the authentic approach has led to collaborations with period instrument bands such as the Orchestra of the Age of Enlightenment, Il Giardino Armonico, Venice Baroque and Orchestre Révolutionnaire et Romantique. She has a close association with harpsichordist Ottavio Dantone with whom she tours and which led Tim Ashley to write, “To hear Mullova play Bach is, simply, one of the greatest things you can experience…” in the Guardian. Her recording of Bach’s solo sonatas and partitas represents a significant milestone in Viktoria’s personal journey into this music. The recording received 5-star reviews from all over the world and she is embarking on an international several season-long, series of solo Bach recitals.

Her ventures into creative contemporary music started in 2000 with her album Through the Looking Glass in which she played world, jazz and pop music arranged for her by Matthew Barley. Her exploration continues, commissioning works from young composers such as Fraser Trainer and Thomas Larcher, and she has recently released a new CD The Peasant Girl, a project with the Matthew Barley Ensemble in which they perform music from a diverse musical canvas with roots in classical, gypsy and jazz. This project was broadcasted at the BBC Late Night Proms in August 2011 and performed on already passed or forthcoming concerts, in Russia, Paris, Germany, Italy and the UK.

Her rich musical diversity has been celebrated in several high-profile residencies, including London’s Southbank, Vienna’s Konzerthaus and in 2010/2011 she was the London Symphony Orchestra’s “Artist in Focus“. In 2011/12 she is Artist in Residence at the Auditorium du Louvre in Paris and Musikfest Bremen.

As a recitalist, she regularly performs with Katia Labèque and she has recently formed a duo with the fortepianist Kristian Bezuidenhout, with whom she has recorded Beethoven sonatas. A familiar face on the international concert scene, she appears regularly with the world’s major orchestras and conductors. In the 2011/2012 season she appears with, among others, The Philharmonia and Esa-Pekka Salonen, Scottish Chamber Orchestra and Robin Ticciati, Swedish Radio Symphony, again with Esa-Pekka Salonen, Frankfurt Radio Symphony with Paavo Järvi and Russian National Orchestra with Mikhail Pletnev.

Mullova’s extensive discography for Philips Classics has attracted many prestigious awards. Her recording of the Vivaldi Concertos with Il Giardino Armonico and directed by Giovanni Antonini, won the Diapason D’Or of the Year award for 2005 and her most recent release, featuring Beethoven’s Op 12 No.3 and Kreutzer Sonatas with fortepianist, Kristian Bezuidenhout has won immense critical acclaim. Other discs have included the Schubert Octet with the Mullova Ensemble, Recital with Katia Labèque, Bach Sonatas with Ottavio Dantone, and the 6 Solo Sonatas and Partitas by JS Bach.

All videos related to Viktoria Mullova (3) 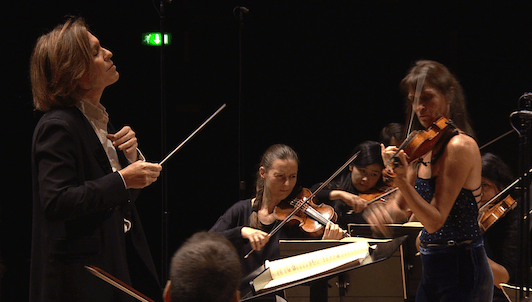 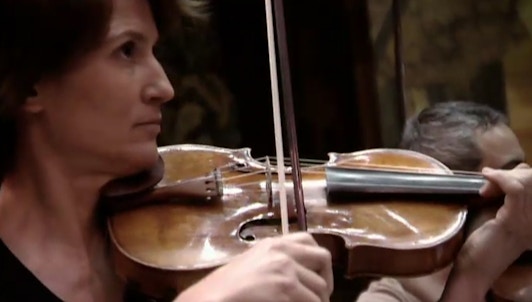 Viktoria Mullova, Between Perfection and Freedom

Portrait of a violin virtuoso