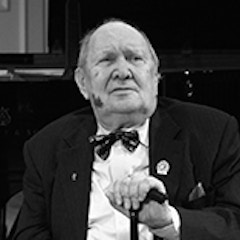 Sergei Dorensky is known as one of the most outstanding pianists and teachers of the former Soviet Union.

He begins studying piano aged seven at the Central Music School in Moscow, in Gregory Ginsburg's class. Then he joins the prestigious Moscow Conservatory from which he graduates in 1955. During his studies, he begins to perform for numerous concerts and recitals through the Soviet Union.

In 1957, he becomes a teacher at the Moscow Conservatory. He has taught the piano to brilliant students including Ramsy Yassa, Stanislav Bunin, Pavel Nersessian, Andrei Pisarev, Alexander Shtarkman, Nikolay Lugansky, Vadim Rudenko, Denis Matsuev, Olga Kem and many others. In 1997, he is appointed Dean of the Piano Department of the Moscow Conservatory.

Sergei Dorensky has been awarded several prizes: the 1st prize of the 5th World Youth festival of Warsaw in 1955 from which he receives the Gold Medal, then the 2nd prize of the First International Piano Competition in Rio de Janeiro in 1957. Following these events, he develops his career outside Soviet Union. Sergei Dorensky was also named "People's Artist of Russia" in 1989 and received the Order "For Merit to the Fatherland" in 2008.