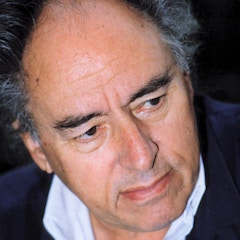 The French conductor, Serge (Paul) Baudo, is the nephew of the famous cellist Paul Tortellier. His father was a professor of oboe at the Paris Connservatory. Serge studied conducting with Fourestier and theory with Jean and Noël Gallon at the Conservatory of Paris, winning premiers prix in harmony, percussion, chamber music, and conducting. Having studied both composition and conducting, he chose to pursue composition at first, and wrote music for French radio as well as scoring films. Via his connection with Louis Malle (with whom he recorded Les Amants), he met Yves Cousteau. This meeting gave birth to a close collaboration which produced the recordings of Monde du Silence, Le Monde sans Soleil (music by Baudo) and Voyage au Bout du Monde in the style of Ravel and Debussy. Very quickly, however, his career as a conductor took an international turn and precedence over his career as a composer.

After establishing himself exclusively as a conductor in 1959, he served as condutor of the Orchestra of Radio Nice from 1959 to 1962. In 1962 Herbert von Karajan chose Baudo to conduct Pelléas et Mélisande at La Scala, Milan. For more than 10 years Gabriel Dussurjet entrusted Baudo with numerous productions at the Aix en Provence Festival in repertoire ranging from Mozart to Debussy.

Serge Baudo’s first major appointment was that of permanent conductor at the Paris Opera (1962-1965), in addition to being the first principal conductor of the newly founded Orchestre de Paris (1967-1970). In September 1970 he nade his Metrpolitan Opera debut in New York conducting Les Contes d'Hoffmann. He was Music Director of the Lyons Opéra from 1969 to 1971, and then of the Orchestre Philharmonique Rhône-Alps (later known as the Orchestre National de Lyons) from 1971 to 1987. As Musical Director of the Orchestre National de Lyon, he toured China, Japan, Korea, Czechoslovakia, Germany, Switzerland, Canada and the USA, all the while raising that orchestra’s artistic level to the highest ever. In 1979 he founded the Berlioz Festival in Lyon, contributing to a better understanding of Berlioz’ orchestral works as well as of his operas. In 1987, he conducted a production of the complete version of Berlioz’ Les Troyens. He was atistic director of this Berlioz Festival until 1989. In 1989, he ended his artistic direction of the Orchestre National de Lyon.

In addition, Serge Baudo has guest conducted with many of the world’s most important orchestras and opera companies. His engagements included the Metropolitan Opera, Staatsoper Wien, the Concertgebouw, the BBC, Philharmonia Orchestra, Wiener Symphoniker, the Moscow and Leningrad Symphonies, the London Philharmonic Orchestra, the Yomiuri Nippon Orchestra, the NHK, as well as the major orchestras of Germany, the Netherlands and Italy. During this substantial spate of guest conducting, he also made his Prague debut with the FOK and later also guest conducted the Prague Philharmonic (the two most important Czech orchestras).

Most recently Serge Baudo has focused his attention on productions in Berlin, Leipzig, Bruxelles, the Gulbenkian Foundation of Lisbon and Radio Lugano. He also had great success at the Teatro Colon in Buenos Aires with Jeanne d’Arc de Bucher with Isabel Karajan as Jeanne d’Arc.

Serge Baudo was appointed Music Director of the Prague Symphony Orchestra (FOK) in October 2001 and received the Golden key of this city by the mayor in 2010.

All videos related to Serge Baudo (1)