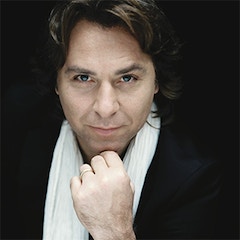 Roberto Alagna was born in the suburbs of Paris, into a Sicilian family where everyone sang (and Roberto was told that his voice wasn't the best in the family...!) He sharpened his vocal technique listening to the great early tenors, and was guided by the advice of an old master, Rafael Ruiz. For years, every evening, Roberto went out to sing in cabarets, accompanying himself on the guitar. But opera was his secret passion, and his idol was Pavarotti: in 1988 Roberto Alagna won First Prize in the Pavarotti Competition. His voice was radiant and luminescent, a voice of which every Italian opera-singer dreamed. Glyndebourne wanted him as Alfredo in La Traviata. Afterwards came Monte Carlo and, very soon, La Scala. In only a few years, the greatest international venues opened their doors to him, from New York to Vienna and London; the greatest conductors were honoured to take up the baton for his performances, and each appearance by Alagna led to an ovation.

He was celebrated for his Italian repertoire, and he became a unique, unavoidable figure in French song. From the year 2000 onwards, his voice continued to broaden and darken. He added masterly roles in Italian opera to his repertoire: Manrico, Canio and Radamès, even arias from Othello. His enthusiasm led him to explore French roles, and he caused renewed interest in forgotten operas: in 2005 came Alfano's Cyrano de Bergerac; in 2006 there was Fiesque (Lalo), and in 2007 came Massenet's Jongleur de Notre-Dame.

Roberto Alagna's discography reflects the extent of his musical curiosity. He has recorded the major works in the French repertoire (Manon, Werther, Don Carlos, Carmen) and also Italian operas and lyric works: La Bohème, La Rondine, Tosca, Il Trovatore, Verdi's Requiem, Elisir d'Amore, Rigoletto and La Traviata. His recitals have always caused surprise, devoted to Berlioz, or rare arias from French operas. In 2004 Alagna signed an exclusive recording-contract with Deutsche Grammophon: his first album for DG was Roberto Alagna Sings Luis Mariano, which received a double-platinum award and earned him fame beyond the frontiers of opera.

His album Sicilien, released at the end of 2008, was an immense success with sales of more than 350,000 records. With Sicilien, Alagna returned to his roots, revealing opera and popular repertoire to a wider audience. He followed this success with French and international tours in 2009/2010, and in August 2009 he released a live CD/DVD set recorded at the Nîmes Arenas. Today, in autumn 2011, Alagna returns with a new album containing all the heat and colours of Latin America, "PASION!", which he will feature onstage both in France and abroad.

Today, Roberto Alagna has succeeded in an incredible challenge: he has become a popular singer, recognized and loved by a vast audience, without compromising his rigorous approach to singing the great operas. Even better: his tours featuring the songs of Luis Mariano, the traditional songs of Sicily and soon the Spanish repertoire – often contested by purists – have brought his voice to maturity, and allowed him to enhance his artistic identity through contacts with other audiences. The music-world has seen "crossover", with opera-artists exploring more popular territory – jazz, musicals and popular songs. Today Roberto Alagna has brought two types of repertoire together, and transformed them into a single career, an unheard-of experience in the world of opera.

All videos related to Roberto Alagna (3) 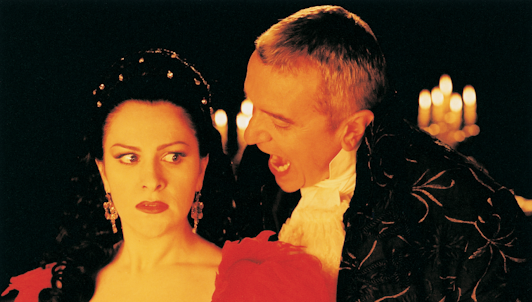