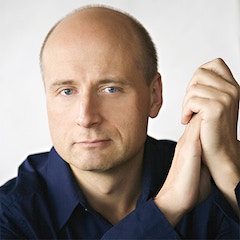 Paavo Järvi was born in Tallinn in 1962, when Estonia was a republic of the Soviet Union. His father, Neeme Järvi, was one of the country’s best-known musicians, conducting the Radio-Television Symphony Orchestra, the State Symphony Orchestra, and the Tallinn Opera. It was with Järvi senior that he discovered the world of music, playing through piano duet arrangements of Haydn symphonies, comparing performances in his father’s impressive record collection, singing under his direction in a children’s choir, and attending his rehearsals. Paavo Järvi began by studying percussion, then went on to conducting.

In 1968 Neeme Järvi conducted Arvo Pärt’s Credo, a setting of part of the text of the Latin Mass, at a time when the Soviet regime prohibited such references. The political upheavals triggered off by this stand in favour of artistic freedom led the family to leave Estonia for the United States in 1980. Paavo Järvi was then seventeen years old.

He continued his musical studies at the Juilliard School in New York and the Curtis Institute of Music in Philadelphia, and with Leonard Bernstein at the Los Angeles Philharmonic Institute. He began to conduct the Nordic repertoire in particular, while also establishing other domains of predilection, including French and Russian music.

Paavo Järvi then took up his first permanent posts: music director of the Malmö SymfoniOrkester (1994-97) and principal guest conductor of the Royal Stockholm Philharmonic Orchestra (1995-98) and the City of Birmingham Symphony Orchestra (1996-99).

The decade from 2000 saw his career accelerate and his activities multiply. Invited to conduct a programme with the Cincinnati Symphony Orchestra, he was offered the music directorship of the orchestra immediately after the first concert. He has worked with this American formation noted for its remarkable technical qualities since 2001.

In 2003, after a collaboration of several years, the Hessische Rundfunk Sinfonieorchester, based in Frankfurt, asked him to become its music director. In 2004 he became artistic director of the Deutsche Kammerphilharmonie Bremen. With this independent chamber orchestra he recorded a complete Beethoven symphony cycle much applauded by public and press.

Paavo Järvi has already made some fifty recordings. Among these, he is particularly fond of the first ones recorded in Stockholm, Stenhammar’s Second Symphony and Sibelius’s Lemminkäinen Suite and Kullervo; the same composer’s cantatas with the Estonian National Symphony Orchestra, Estonian National Male Choir and Ellerhein Girls Choir, which won the first Grammy Award ever attributed to Estonia and made a considerable impact on a country then just emerging from the Soviet era; Lutosławski’s Concerto for Orchestra with the Cincinnati Symphony Orchestra; and CDs devoted to two composers close to him, the vocal music of Erkki Sven Tüür and the symphonies of Lepo Sumera.

In 2004, Paavo Järvi conducted the Orchestre de Paris for the first time, in a programme of music by Nielsen (Symphony no.2), Berg (the Seven Early Songs), and Sibelius (the incidental music to Pelléas et Mélisande). The rapport between them was immediate, and the concerts magnificent. He was invited back in 2006 for concerts devoted to Bartók and Kodály. In 2007 he agreed to become the orchestra’s music director from the 2010-11 season, and returned to conduct the Sibelius Violin Concerto and Shostakovich’s Seventh Symphony. Since that time he has tackled a wide repertoire with the Orchestre de Paris, embracing Mozart, Beethoven, Tchaikovsky, Prokofiev, Debussy, Bizet, Britten, and the music of his compatriot Arvo Pärt. After a first recording of works by Bizet released in September 2010, another devoted to Fauré’s Requiem with Matthias Goerne, Philippe Jaroussky, Éric Picard and the Choir of the Orchestre de Paris was released in September 2011.

In 2010, Paavo Järvi completed a successful ten-year tenure as Music Director of the Cincinnati Symphony Orchestra. In recognition of his work for the orchestra, he has been appointed Music Director Laureate and his position as Musical director of the Orchestre de Paris has been prolonged until 2015-16 season.

In July 2012 it was announced that Paavo Järvi will take up the position of Chief Conductor with the NHK Symphony Orchestra from the beginning of the 2015/16 season.

In 2011, he received the Chevalier de L'Ordre des Arts et des Lettres by Frédéric Mitterrand for his outstanding contribution to Music in France.

All videos related to Paavo Järvi (11) 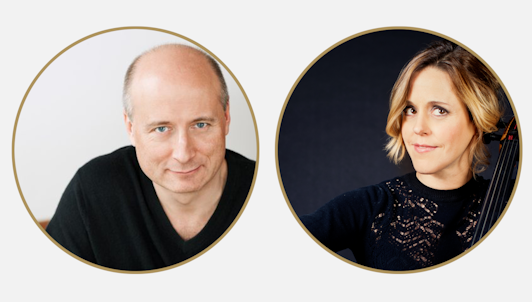 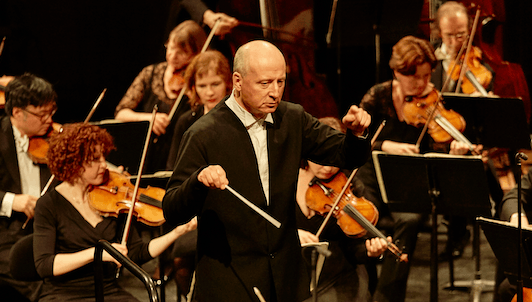 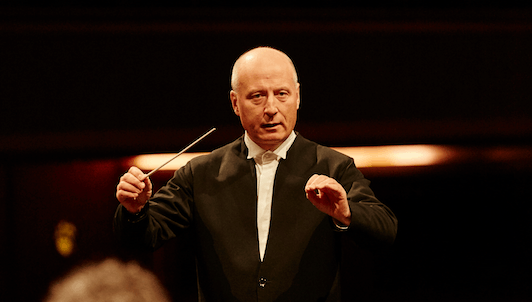 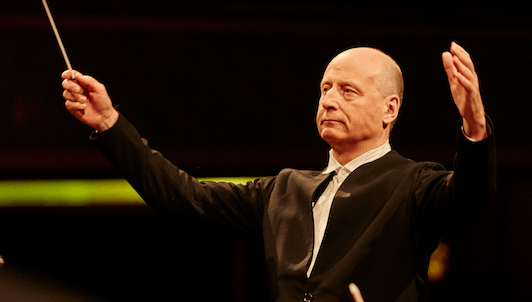 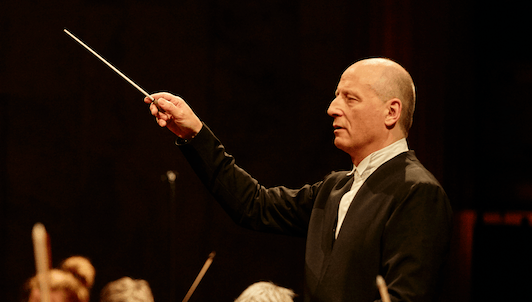 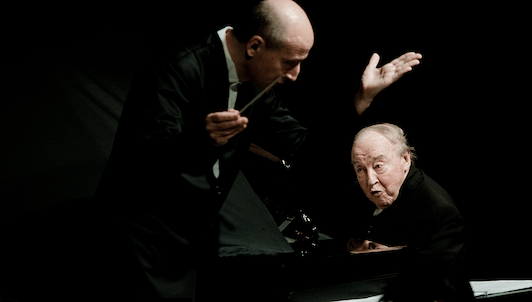 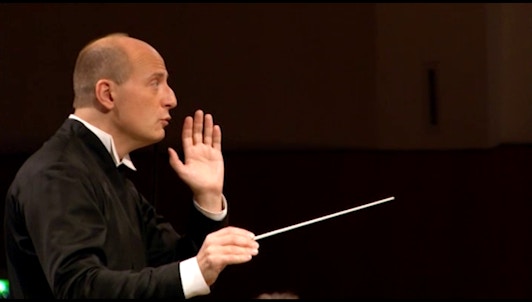 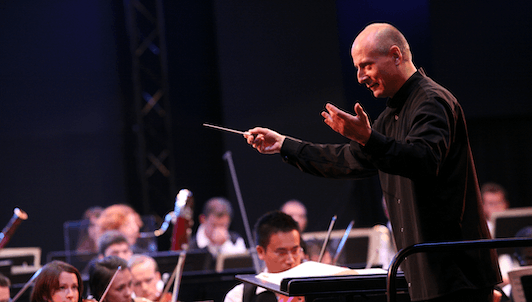 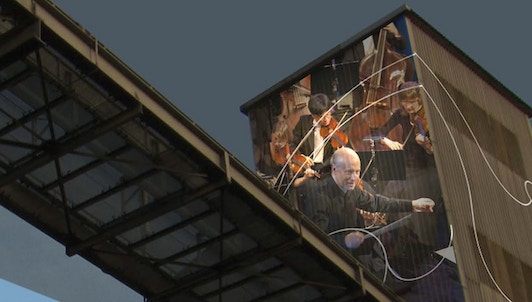 With the Deutsche Kammerphilharmonie Bremen 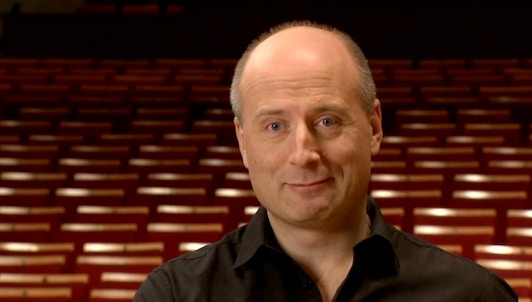 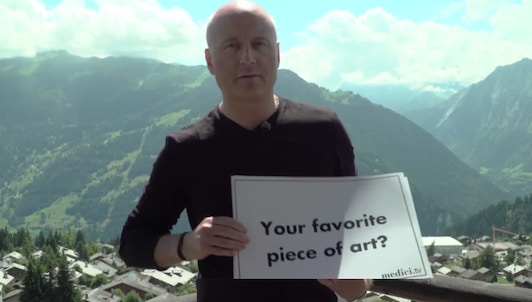