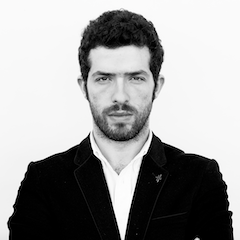 Omer Meir Wellber was born in Be’er Sheva, Israel in 1981, and has now emerged on the international scene as a conductor of outstanding ability. In recent seasons he has made highly successful debuts with a number of orchestras including the Leipzig Gewandhaus, Camerata Salzburg, City of Birmingham Symphony Orchestra, London Philharmonic Orchestra, Swedish Radio Symphony Orchestra and Pittsburgh Symphony Orchestra, and he continues his consistently high-level work on the opera podium at the Semperoper Dresden, Bayerische Staatsoper, Munich, Glyndebourne Festival Opera and Teatro La Fenice, Venice. From 2010 to 2014, he held the position of Music Director at the Palau de les Arts Reina Sofia in Valencia and since 2009, he has been the Music Director of the Raanana Symphonette Orchestra, founded in 1991 to help aid the integration of Jewish immigrants in Israel.

Wellber began his musical training at the age of five on the accordion and piano. Also interested in composition, he took lessons from Tania Taler from the age of nine and was then taught by Michael Wolpe until 2004. He graduated from the Be’er Sheva conservatoire in 1999. Wellber’s compositions have been performed both in Israel and abroad and broadcast on the radio. After graduating, Wellber took advantage of a scholarship from the American-Israel Cultural Foundation to continue his studies. He undertook his Bachelor of Arts with Eugene Zirlin at the Jerusalem Music Academy and his Master’s degree under Mendi Rodan.

From 2008 to 2010, Wellber assisted Daniel Barenboim at the Berliner Staatsoper Unter den Linden and Teatro La Scala in Milan. When La Scala toured to the Israeli Opera, Wellber conducted Verdi’s Aida to great critical acclaim. In 2008, he performed the very same work at the Teatro Verdi in Padua, for which he was voted one of the new discoveries of the year by the Italian magazine "Classic Voice."

Following his acclaimed debut at Glyndebourne Festival Opera in May 2014 with Eugen Onegin, the London Philharmonic Orchestra immediately invited Wellber to make his Royal Festival Hall debut with them in April 2015, and in Summer 2018 he will return to Glyndebourne Festival Opera with a new production of Madama Butterfly. The seasons ahead will see Wellber return to the Bayerische Staatsoper for new production of Giordano’s Andrea Chenier with Jonas Kaufmann in the title role (Spring 2017), the Semperoper in Dresden for Salome (Autumn 2016), and a Mozart Festival comprising all three Da Ponte operas (Spring 2017). He will prepare to make his debut with the Metropolitan Opera of New York with Carmen in the subsequent season (Autumn 2018). Recent highly successful symphonic debuts have included the Zurich Tonhalle Orchestra, Orchestre National de Lyon, WDR Cologne, Rundfunk Sinfonieorchester-Berlin and Sao Paulo Symphony, and return visits to the London Philharmonic Orchestra, Leipzig Gewandhaus Orchestra, and City of Birmingham Symphony Orchestra.

Since 2005 Wellber has regularly appeared at the Israeli Opera in Tel Aviv, where he has conducted, among other works, Verdi’s La Traviata, La Forza del Destino, Il Trovatore, Rigoletto and Un Ballo in Maschera; Puccini’s Turandot and Madam Butterfly, Ponchielli’s La Gioconda, Donizetti’s L’Elisir d’Amore, Mozart’s Così fan Tutte and Die Zauberflöte, Boito’s Mefistofele, which he recently reprised at Bayerische Staatsoper, Gounod’s Faust and Janacek’s The Cunning Little Vixen. In the 2015/16 season, Wellber conducted highly successful performances with the Israel Philharmonic Orchestra during their residency in Dresden, with three programmes, one of which being Mahler’s Symphony No. 8, which was met with great critical acclaim.

Omer Meir Wellber has a strong commitment to educational and charity work with young musicians and became a Good Will Ambassador for the non-profit organization "Save a Child’s Heart" in 2013. The Israeli-based international organization provides lifesaving cardiac surgery and treatment for children from developing countries and a training programme for doctors and nurses from these countries. 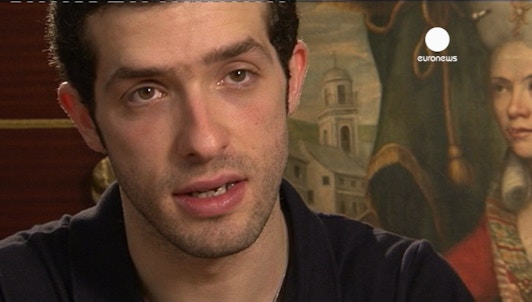