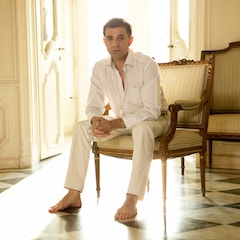 Throughout the last few years, Max Emanuel Cencic has become one of the best countertenors of his time, who delights both audiences and experts during his performances. At an early age, he was already a member and a soloist with the Vienna Boys’ Choir, and he began his solo career as a sopranist in 1992. In 2001, he switched his vocal register to become a countertenor.

Max Emanuel Cencic is a much sought‐after guest at international concerts and has appeared in guest roles at the Barbican Center London, Concertgebouw Amsterdam, Wiener Musikverein, Festspielhaus Baden‐Baden, the Ambronay Festival, Laeiszhalle Hamburg, Oper Cologne, Palais Garnier in Paris, the Dubrovnik Festival, Frauenkirche Dresden, the Ludwigsburg Festival, Hessisches Staatstheater Wiesbaden, Carnegie Hall in New York, Tokyo Opera Nomori, the Musikfestspiele Potsdam, the Händel Festival Halle, the Festival Dei due Mondi in Spoleto and the Haydn Festival Eisenstadt, just to name a few. In Basel, he sang the role of Nerone in L’incoronazione di Poppea, which earned him the award of best new singer of the year 2003 by Opernwelt (“Opera World”) magazine. Other important milestones in Max Emanuel Cencic’s career are his interpretation of Perseo in Vivaldi’s long‐forgotten Serenata Andromeda Liberata at Carnegie Hall in New York City, the leading role in Händel’s forgotten opera Faramondo and the role of Herold in the world premiere of Medea at the Vienna State Opera (February/March 2010). The performance of Andromeda Liberata, recorded by Deutsche Grammophon, was named the best concert of the year 2005 in Japan by the specialized Japanese press.

He has released many award‐winning CDs. His Faramondo CD (EMI / Virgin Classics, in stores since March 2009) featuring Max Emanuel Cencic in the leading role is yet another testament to the artist’s extraordinary qualities as an interpreter of Händel. Shortly after its release, the CD received the renowned French DIAPASON DÉCOUVERTE, adding to a total of 11 awards since its release. In late 2007, Max Emanuel Cencic released a solo CD with EMI / Virgin Classics including opera arias by Rossini, which was enthusiastically received by critics. Until today, this CD has won the following awards, among others: TELERAMA, PORIN, Prize of German Record Critics and the ORFEO D’OR.

In the 2011/2012 season, Max Emanuel Cencic interprets the role of Farnace at the Théâtre des Champs-Élysées in Paris, the Opéra de Lausanne, the Concertgebouw Amsterdam, the Musikfest Bremen, the Opéra National du Rhin in Strasbourg and Mulhouse, the Grand Théâtre in Monaco and at the Opera Royal in Versailles, among others.

For the 2011/2012 season, Max Emanuel Cencic has been invited to perform at the Opéra National de Lorraine in Nancy, at the Grand Teatre de Liceu (to perform with Plácido Domingo), at the Musikfestival Bremen and the Opéra de Lille etc, he also goes on a tour throughout the USA with the maestro Riccardo Muti. 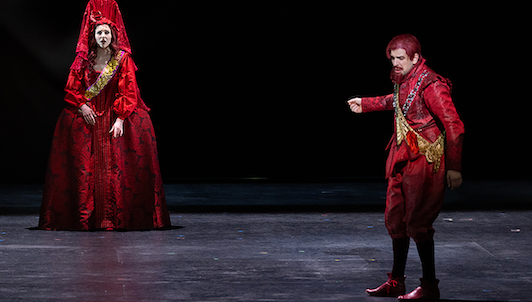