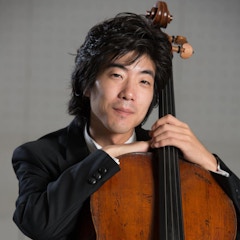 He is studying at the Tchaikovsky Moscow State Conservatory with prof. N. Shakhovskaya and he often performed as a soloist, accompanied by orchestras like Kansai Philharmonic Orchestra (2005), Nagaokakyo Chember Ensemble (2005, 2007), Osaka Philharmonic Orchestra (2007) etc. He also performed in recitals in countries like Japan, Georgia and Lithuania.