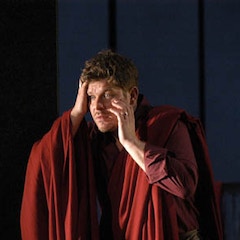 Kresimir Spicer was born in Slavonski Brod, Croatia. He took his first singing lessons at the Music academy of Zagreb. In 1994 he came to The Netherlands and went on to study at the Sweelinck Conservatorium in Amsterdam with Dutch mezzo-soprano Cora Canne Meijer. 1997 he won first prize in the National Competition for Young singers of the Netherlands and in 1999 he won four of five prizes in Vriendenkrans, Competition for Young Musicians organised by Concertgebouw Amsterdam.

His international breakthrough took place at the Aix-en-Provence Festival 2000 with an outstanding Ulisse in Monteverdi's Il ritorno d'Ulisse in Patria under William Christie. The success of this production resulted in a big tour to Lausanne, Bordeaux, Paris, London, New York and Vienna (Wiener Festwochen) as well as in a much acclaimed DVD recording. With René Jacobs he reappeared as Ulisse in Berlin, in Geneva with A. Cremonesi as well as at the Frankfurt Opera under P. Carigniani.

Kresimir Spicer made his debut at the Zurich Opera with Marc Minkowski in Händel's Il trionfo del tempo e del Disinganno and in Salieri's Il grotto di Trifonio. In Zagreb he sang the title role in Monteverdi's Orfeo under N. Hervé and Eisenstein in Die Fledermaus, in Strasbourg the title role in Oedipus Rex and Le Pecheur in Le Rossignol by Stravinsky. In Toronto he interpreted Mozart's Idomeneo, Clemenza di Tito, Pylade in Gluck's Iphigenie en Tauride and Orfeo, in Moscow Eisenstein in Die Fledermaus and Idomeneo. At the Los Angeles Opera he sang Arturo in Lucia di Lammermoor and Testo in Monteverdi's Il Combattimento di Tancredi e Clorinda.

Equally at home on the concert platform, Kresimir Spicer has performed at the Gewandhaus Leipzig under H. Blomstedt, the Concertgebouw Amsterdam with Ch. Zacharias, with Yuri Terminakov in Rome, with Myung-Whun Chung in Rome and Paris, with K. Nagano in Berlin and with Ph. Herreweghe in St. Petersburg, Talin and Riga.

Future plans engagements include: Enea in Cavalli's La Didone with W. Christie in Caen, Luxembourg and Paris, Joabel in Charpentier's David et Jonathas with W. Christie /A. Homoki in Aix-en-Provence, Edinburgh Festival, Paris, Caen and New York, A child of our time in Strasbourg, Max in Der Freischütz in Toronto, Eisenstein in Die Fledermaus in Zagreb.

All videos related to Kresimir Spicer (3) 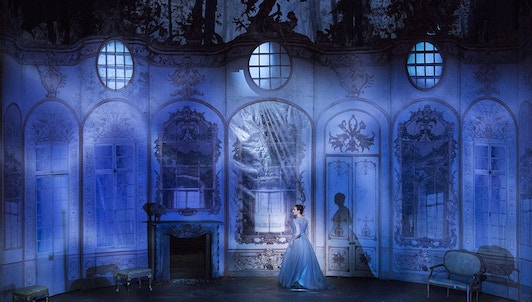 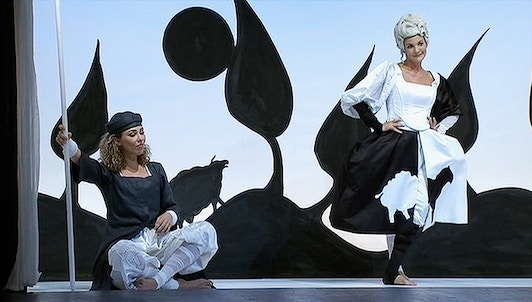