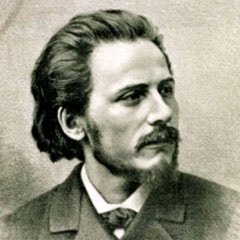 Massenet, a master of French opera, began music at an early age with his mother before studying with Ambroise Thomas at the Paris Conservatory in 1861. Awarded the Prix de Rome in 1863, he settled for two years at the Villa Medici where he met Liszt and sketched his future works. His triumphant career began with his oratorio Marie-Magdeleine (1873) sung by the great Pauline Viardot. Aged thirty-six, he was the youngest composer ever to be named “Official composer” and elected as a member of the Académie des Beaux Arts, to the exclusion of Saint-Saëns, well before having composed his greatest works. Decorated with the Légion d’Honneur, holding the composition chair at the conservatoire, Massenet was highly respected. Alfred Brueau, Gabriel Pierné and Florent Schmitt would figure among his pupils.

Thanks to his numerous operas, (Werther, Don Quichotte, Chérubin) Massenet’s work was extremely successful in France at the beginning of the 20th century. Manon (1884) was performed five hundred times during the composer’s lifetime. His genius for colours, astute harmony and the consoling gentleness of his orchestration were highly acclaimed: Massenet was a seducer. He had his supporters and critics; Léon Daudet thought his music, “so stuffed with sugar to be nauseous”, Debussy saw in it, “the voluptuous passion which characterises and makes us adore his music with an almost forbidden love”.

Jules Massent represented success and glory attested by the total mastering of his trade and his endless melodic inspiration. Prolific and possessing a charming sensitivity, the composer wished to please and left behind twenty-six operas of varying accomplishment. He died in 1912 aged seventy but his operas will be performed for years to come.