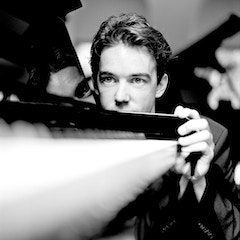 Successful at the Chopin competition 2010 in Warsaw, Ingolf Wunder showed his excellence in playing works by the great Polish composer. The young Austrian not only won the 2nd Prize but also several special prizes and the audience award at the legendary piano competition. The decision made by the jury led to an intensive public debate and received worldwide awareness. As prizewinner the 25 year old Wunder follows in the footsteps of many famous pianists like Martha Argerich, Krystian Zimerman, Vladimir Ashkenazy, Mitsuko Uchida and Maurizio Pollini.

Ingolf Wunder plays concerts and recitals in season 2010/11 in the most important Polish concert halls like Warsaw Philharmonia in Krakow, Poznan, Szcezcin and Gdansk. He gives performances in Ludwigshafen, at the Musikverein Vienna, at the Mariinsky Theater in St. Petersburg and in Vancouver. Furthermore he is soloist on an extensive tour through Japan with the Warsaw Philharmonic Orchestra under the baton of Antoni Wit. In June 2011 he plays a recital with works by Chopin at the Klavierfestival Ruhr in Dusseldorf.

When he was 14 Ingolf Wunder gave his debut in the Schubert hall of the Konzerthaus Vienna. Two years later he played at the Théâtre des Champs-Élysées in Paris Prokofiev piano concerto No 3 with the Orchestre National de France and Emmanuel Krivine. He also played concerts with the Amadeus Chamber Orchestra and with the Orchestre National de Montpellier and Jerzy Semkow. Further performances led him to Lisbon, Madrid, Budapest and Moscow, to the Tonhalle Zurich, the Konzerthaus Berlin and Dortmund and to the Laieszhalle Hamburg. In August 2010 he played at the International Piano Festival in La Roque d'Anthéron.

Ingolf Wunder is an exclusive artist of the label Deutsche Grammophon since February this year. June 2011 will see the release of his first CD on the label with works by Chopin for solo piano. Wunder's debut CD with Chopin and Ravel's Gaspard de la nuit was released in 2006 (ORF).

He is prizewinner of numerous piano competitions; most notably receiving the first prizes at the Steinway-Wettbewerb in Hamburg, at "Prima la musica" in Feldkirch, Austria, and at the "Concours Musical de France" in Asti. He took part in the 36th International Liszt competition in Budapest and was awarded with the prize of the city of Budapest.

Ingolf Wunder was born in Klagenfurt. At the age of 4 he started his musical education playing the violin; however it was not until he was 14 that his extraordinary talent for the piano was discovered. He went to the conservatories in Klagenfurt and Linz, later he studied at the University of Music and Performing Arts in Vienna. Nowadays he is still regularly in touch with his mentor Adam Harasiewicz, the Polish pianist and winner of the Warsaw competition in 1955.

All videos related to Ingolf Wunder (1) 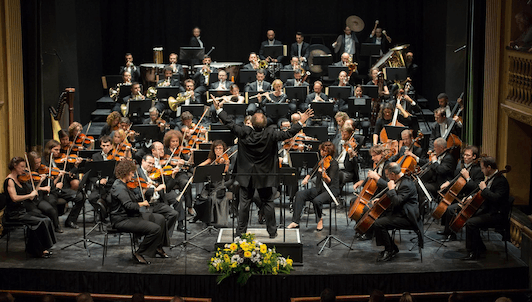 The Malta Philharmonic Orchestra on their 2018 European tour
documentary