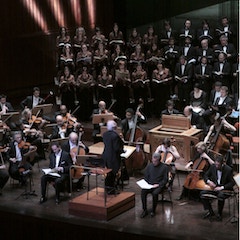 Founded in 1964 by the Calouste Gulbenkian Foundation, Coro Gulbenkian has a full symphonic formation of around 100 singers, but it can also appear as a smaller vocal ensemble, according to the nature of the performed musical works. Thus the Coro Gulbenkian may appear as an a cappella ensemble, performing 16th to 18th century Portuguese polyphony, or join the Orquestra Gulbenkian or other orchestras to perform the Classical, Romantic and Contemporary choral-symphonic literature. It has also performed (and often premiered) many 20th century works by Portuguese and international composers.

Besides its regular season in Lisbon and its national tours, Coro Gulbenkian has repeatedly toured Argentina, Belgium, Brazil, Canada, Denmark, France, Germany, Hungary, India, Iraq, Israel, Italy, Japan, Macao (under Portuguese administration), Malta, Monaco, Netherlands, Spain, the United Kingdom, the United States of America (New York) and Uruguay. In 1992, a tour of Holland and Germany with the Orchestra of the XVIII Century led to the live recording of Beethoven's Ninth Symphony for Philips, within Frans Brüggen's complete Beethoven cycle. This was the beginning of a close partnership between Coro Gulbenkian and the Orchestra of the XVIII Century, which resulted on several other international tours in Germany, France, Japan, Italy, Netherlands, the United Kingdom and China (Hong Kong).

In addition to these tours and other international tours, with either the Orquestra Gulbenkian or other significant orchestras and ensembles, Coro Gulbenkian has collaborated with important music festivals around the world, including performances at the Eurotop Festival (Amsterdam), the Veneto Festival (Padua and Venice), the City of London Festival, the International Music Festival of Granada and the Hong Kong Arts Festival. In September 2010, Coro Gulbenkian embarked on a tour of Mozart’s Così fan tutte, with the Freiburg Barockorchester conducted by René Jacobs, with semi-staged performances in Brussels (Palais des Beaux Arts), Lisbon (Gulbenkian Grand Auditorium) and Paris (Salle Pleyel), which were acclaimed by the public and the critics. In January 2011, Coro and Orquestra Gulbenkian performed Leoš Janáček’s opera From the House of the Dead, in Lisbon, in a multimedia production, conducted by Esa-Pekka Salonen. This was followed by an appearance in London, at the Royal Festival Hall, on February 2011, with the Philharmonia Orchestra conducted by Esa-Pekka Salonen, a performance which featured Bartók’s Cantata Profana, within an annual series dedicated to the music of Bartók.

Coro Gulbenkian has recorded extensively for Philips, Archiv-Deutsche Grammophon, Erato, Cascavelle, Musifrance, as well as FNAC-Music, performing a wide-spanned repertoire, from Early-Renaissance polyphony to Xenakis, either a cappella or with different orchestras. Several of these albums received international awards such as the «Berlioz Prize» of the French Académie Nationale du Disque Lyrique, the «Grand Prix International du Disque» of the Charles Cross Academy or the «Orphee d'Or», amongst others. In the 50th Anniversary of Portuguese composer Luís de Freitas Branco, on 2005, Coro Gulbenkian recorded the first complete series of the Camões Madrigals by this composer. It also recorded, for Portugaler label, works a cappella by XVI-XVII century composers Pero de Gambôa and Lourenço Ribeiro, as well as Vilancicos Negros of the XVII century, from the Monastery of Santa Cruz de Coimbra, in the centre of Portugal.

Michel Corboz has been the Principal Conductor of the Coro Gulbenkian since 1969, with Fernando Eldoro and Jorge Matta as Associate and Assistant Conductors respectively.

All videos related to The Gulbenkian Choir (3) 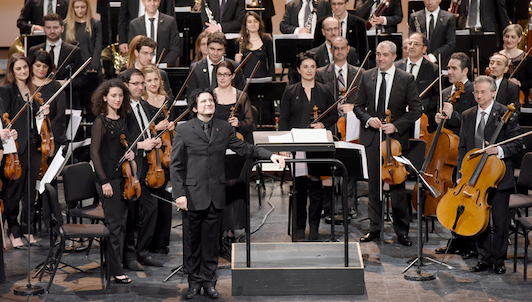 The Armenian Genocide, 100 Years of Memory 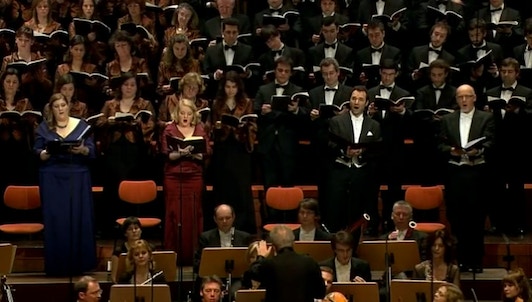 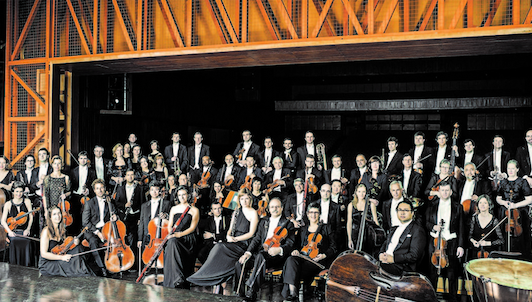 Legend of Armenia at the Opéra Comique