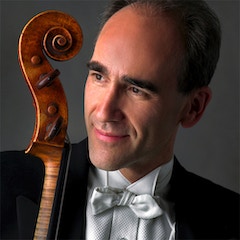 Carter Brey was appointed Principal Cello, The Fan Fox and Leslie R. Samuels Chair, of the New York Philharmonic in 1996. He made his official subscription debut with the Orchestra in May 1997 performing Tchaikovsky’s Rococo Variations under the direction of Music Director Kurt Masur, and has since performed as soloist each season.

From the time of Mr. Brey’s New York and Kennedy Center debuts in 1982, he has been regularly hailed by audiences and critics for his virtuosity, flawless technique, and complete musicianship. He rose to international attention in 1981 as a prizewinner in the Rostropovich International Cello Competition. The winner of the Gregor Piatigorsky Memorial Prize, Avery Fisher Career Grant, Young Concert Artists’ Michaels Award, and other honors, he also was the first musician to win the Arts Council of America’s Performing Arts Prize.

Mr. Brey has appeared as soloist with virtually all the major orchestras in the United States, and performed under the batons of prominent conductors including Claudio Abbado, Semyon Bychkov, Sergiu Comissiona, and Christoph von Dohnányi. His chamber-music career is equally distinguished: he has made regular appearances with the Tokyo and Emerson String Quartets as well as The Chamber Music Society of Lincoln Center and at festivals such as Spoleto (both in the United States and Italy), and the Santa Fe and La Jolla Chamber Music Festivals. He presents an ongoing series of duo recitals with pianist Christopher O’Riley; together they have recorded Le Grand Tango: Music of Latin America, a disc of compositions from South America and Mexico released on Helicon Records. On another CD he collaborated with violinist Pamela Frank and violist Paul Neubauer in Aaron Jay Kernis’s Still Movement with Hymn (on Decca’s Argo label). He recently recorded all of Chopin’s works for cello and piano with pianist Garrick Ohlsson (currently available on Hyperion).

All videos related to Carter Brey (1) 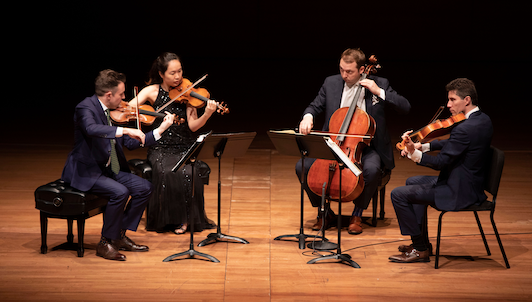