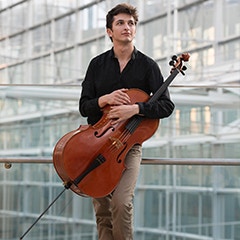 At only 19 years old, French cellist Aurélien Pascal was awarded the Grand Prix, Audience Prize and Special Prize for the best performance of a concerto by Ernst Toch at the 2015 Emanuel Feuermann Competition under the patronage of Daniel Barenboim. Prior to that in 2013, he was 2nd Prize-winner at the International Paulo Cello Competition in Helsinki, the prestigious jury led by Arto Noras praised the emergence of a new French talent gifted with both rare power and superb elegance. These qualities were highlighted in his interpretation Dutilleux « Tout un monde lointain» during the final performed with the Helsinki Philharmonic Orchestra conducted by John Storgårds. Already, at the age of 11, Aurélien was named winner of the 1st Rostropovitch Junior Competition and in 2011 was awarded the Guy Bonnemain Prize for the best new talent at the International André Navarra Competition in Toulouse.

Born into a family of musicians, Aurélien Pascal attended master classes given by the legendary János Starker in Paris, Basel and Bloomington, as well as studying with Frans Helmerson at the Prades Festival Academy and with Peter Wispelwey in Beauvais.He is currently a student of the Conservatoire National Supérieur de Paris in the class of Philippe Muller.

In 2012, Aurélien took part in the Kronberg Academy where he worked again with Frans Helmerson and he joined that of the Verbier Festival in July 2013. Also in 2013, Aurélien performed at the 7th edition of the Tons Voisins Festival in Albi, at the Orangerie de Sceaux Festival as well as at the Rencontres Musicales de Calenzana and La Folle journée de Nantes, after which he was immediately invited to give five concerts in several cities for La Folle Journée au Japon.

Summer 2014 saw him give four highly acclaimed concerts at the Festival de Radio France in Montpellier before he performs chamber music at La Roque d'Anthéron International Piano Festival, at Les Journées Ravel in Montfort L'Amaury, again at the Orangerie de Sceaux Festival and at the Casals Festival in Prades: "In an extraordinary display of dazzling virtuosity and riveting music making, 19-year Aurélien Pascal confirmed that the future of music is in good hands, and that the Pablo Casals Festival of Prades is an ongoing part of that future." Pablo Casals Festival of Prades.

Forthcoming highlights include concerts in Japan with the Hiroshima Symphony Orchestra and Clemens Schuldt and the Kansai Philharmonic under Augustin Dumay, and the recording of his first CD dedicated to Kaija Saariaho (the Cello Concerto and Sept Papillons for Solo Cello) with the Sécession Orchestra conducted by Clément Takacs-Mao.

Aurélien Pascal plays a French cello made in 1850 by Charles-Adolphe Gand.

All videos related to Aurélien Pascal (1) 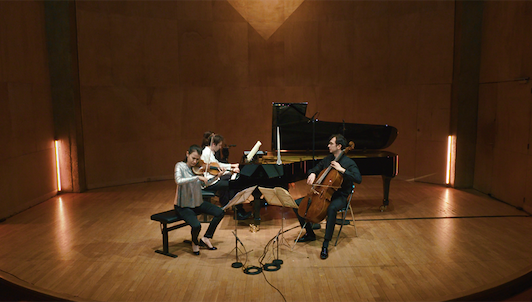