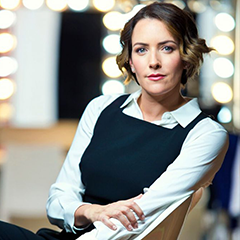 Alondra de la Parra has gained widespread attention for her spellbinding and vibrant performances and her commitment to Latin American composers. She frequently works with some of the world’s most prestigious orchestras including Orchestre de Paris, Sao Paulo Symphony Orchestra, RSB Berlin Radio Symphony Orchestra and Milan’s Cameristi della Scala. In October 2015, she was appointed Music Director by the Queensland Symphony Orchestra starting 2017, making her the first ever Music Director of an Australian orchestra.

In the 2015/16 season, she made her debut with the London Philharmonic Orchestra on tour in Mexico, Orchestra dell’Accademia Nazionale di Santa Cecilia, Tonhalle Orchestra Zurich as well as her subscription debut with the NHK Symphony. She also appeared at the BBC Proms Australia with Queensland Symphony Orchestra. Highlights of the last seasons include her celebrated return to Orchestre de Paris in summer 2015 which was broadcast live by German-French TV channel Arte, her return invitation to RSB Berlin and Queensland Symphony Orchestra, appearances with the Verbier Festival Orchestra, BBC National Orchestra of Wales, Cameristi della Scala, Orchestre Symphonique de Québec, a CD project with Tonkünstler Orchestra Vienna and composer Enjott Schneider as well as a live orchestral performance of the film West Side Story at Mexico’s Auditorio Nacional.

In the 2016/17 season, she will make her debut with Kammerphilharmonie Bremen, the Bamberger Symphoniker and the Orchestre de la Suisse Romande. Further Highlights are her debut at Beethovenfest Bonn, concerts with the BBC Philharmonic and return invitations to Swedish Radio Symphony Orchestra, RSB Berlin and Tonhalle- Orchester Zürich.

In Latin America, de la Parra works frequently the Brazilian Symphony Orchestra, the Buenos Aires Philharmonic in Argentina, Montevideo’s Philharmonic in Uruguay and in Mexico, the orchestras of Aguascalientes, Jalisco, Sinaloa, Xalapa, Puebla, San Luis Potosí, Estado de México, the National Symphony and the Simón Bolivar Youth Orchestra, from whom she received an award for her work.

Alondra de la Parra was born in New York City and moved to Mexico with her parents at age 2. She began playing the piano at age 7 and the cello at 13, and decided early on she wanted to become a conductor. After stduying in Mexico City and New York, she founded the Philharmonic Orchestra of the Americas (POA) at age 23 in 2004, hoping to create a platform to showcase young performers and composers of the Americas and securing a firm place in the standard orchestral repertoire for the continent’s music.

“Mi Alma Mexicana” (“My Mexican Soul, released in 2010 by Sony Classical), her debut album with POA celebrating Mexico’s Bicentennial Anniversary reached the top 10 of the US Billboard Classical Chart and was the first classical recording to earn Platinum Status in Mexico less than two months after release in over a decade. The same year de la Parra and the POA

performed during Mexico’s Bicentennial celebrations, an event attended by hundredthousands of Mexicans and broadcasted around the world to an estimated 200 million households.
With RSB Berlin and pianist Alexej Gorlatch, Alondra recorded Igor Stravinsky’s works for piano and orchestra in 2015. The album was met with high acclaim internationally.

Since 2003, Alondra has developed several education programs in public schools of NY and in Mexico. Together with Kenneth Kiesler, she also created a free conducting programme for rising Mexican that has now been running for two years. De la Parra has done multidisciplinary collaborations with different artists, such as actors Geoffrey Rush and Robert Redford, filmmaker Michel Gondry, choreographer Christopher Wheeldon and musicians such as Gloria Estefan, Natalia Lafourcade, Gustavo Santaolalla, among others. One of her earliest mentors is Placido Domingo, with whom she has performed frequently.

She holds the distinction of being the first Mexican woman to conduct in New York City, and is an official Cultural Ambassador of Mexico. 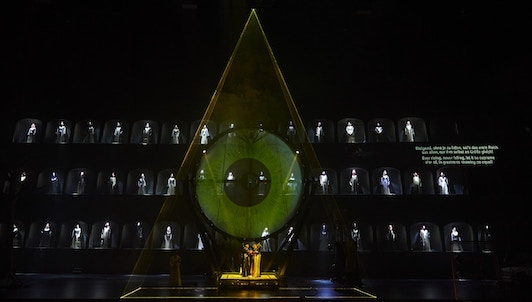 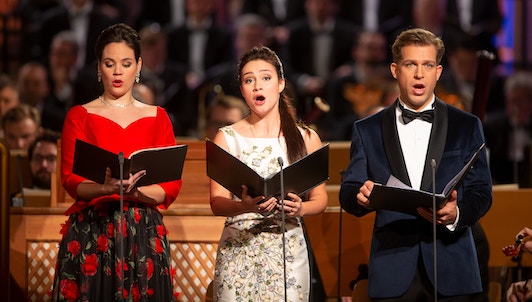 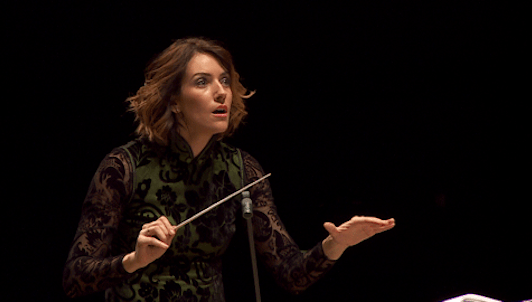 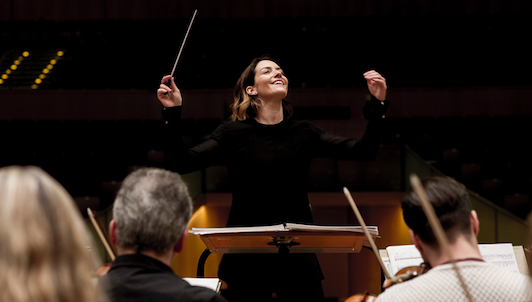 A portrait by Christian Berger 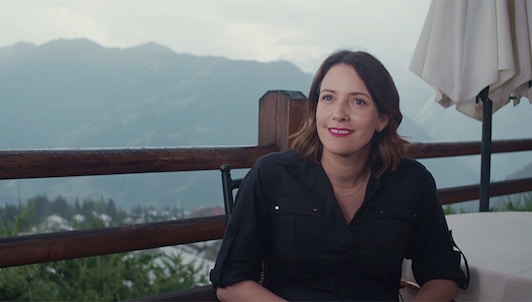