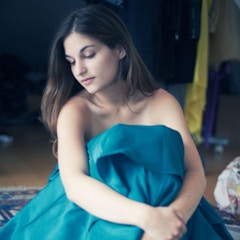 Alexandra Soumm is a French violinist born in Moscow. She started to learn the violin with her father at the age of five and gave her first concert two years later in the Ukraine. In 2000, she entered the Vienna Conservatory and the Graz University of Music in the class of the eminent pedagogue Boris Kuschnir. She made her debut at the Vienna Konzerthaus in 2002 after winning the Grand Prize of the Vienna Conservatory Competition. Following her triumph at the 2004 Eurovision Competition for young musicians in Lucerne, she was awarded the Herbert von Karajan Scholarship of the Karajan Centrum in Vienna.

Since joining BBC Radio 3’s New Generation Artists scheme at the beginning of the 2010-11 season, Alexandra has worked with most of the BBC ensembles. Highlights in her 2011-12 season include the Tchaikovsky concerto with the Trondheim Symphony Orchestra and Thomas Søndergård, the Mendelssohn concerto with the Lausanne Chamber Orchestra and Gilbert Varga as well as the Zurich Chamber Orchestra and Muhai Tang, a recital at the Auditorium du Louvre and returns to the Verbier and Gstaad festivals.

In the spring of 2008 Alexandra’s debut recording of the Bruch and Paganini concertos was released on the Claves label. Le Monde de la Musique described her interpretation as ‘displaying a passionate and lyrical personality’. Her second disc with Claves, a recording of the violin sonatas by Grieg with David Kadouch, was released in spring 2010.

The violin Alexandra plays on is made by Giovanni Baptista Guadagnini in Turin c.1785 and is known as the ‘ex-Kavakos’. The loan of the instrument has kindly been arranged through Florian Leonhard Fine Violins, London.

All videos related to Alexandra Soumm (2) 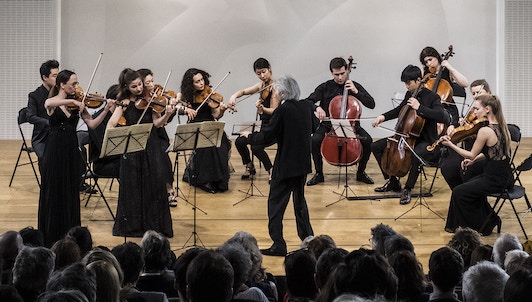 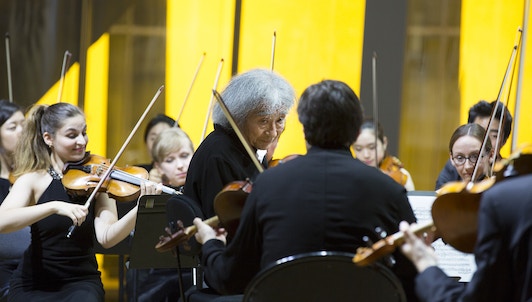